Add to Lightbox
Image 1 of 1
BNPS_BritishIslesRiversMaps_02a.jpg 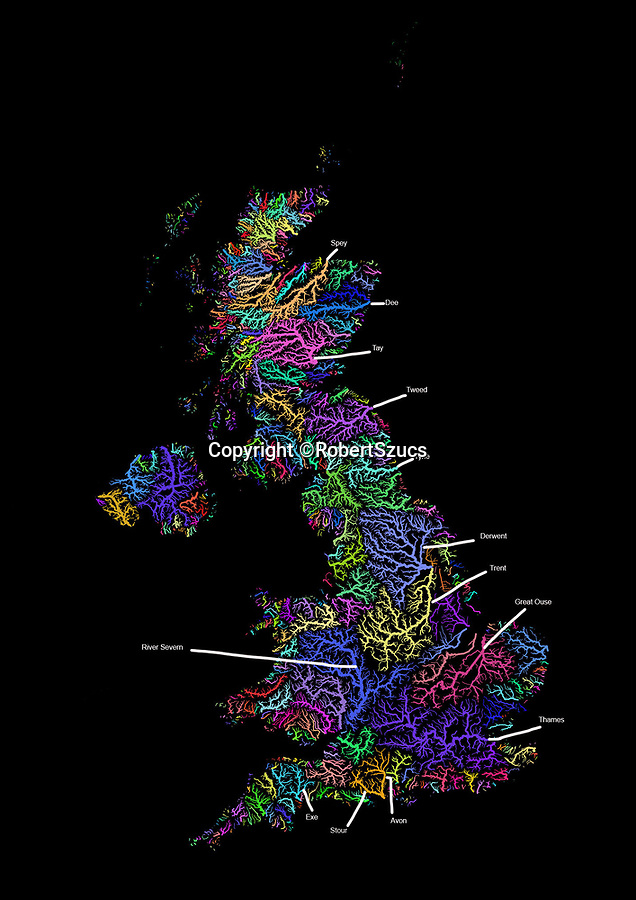 This fascinatinting map of Britain's rivers reveals the flowing arteries of the nation.

Created by Geographer Robert Szucs, the colourful map has revealed Britain's river network in a way that's never been seen before.

Robert Szucs, is a geographic information system (GIS) analyst by trade and has spent most of his working life studying the geography of several different countries.

Two years ago though, while working for a marine mammal research organisation in Portugal, he started to experiment at turning geographical maps into beautiful pieces of art.