Add to Lightbox
Image 1 of 1
BN_RealMadridArrive_012.jpg 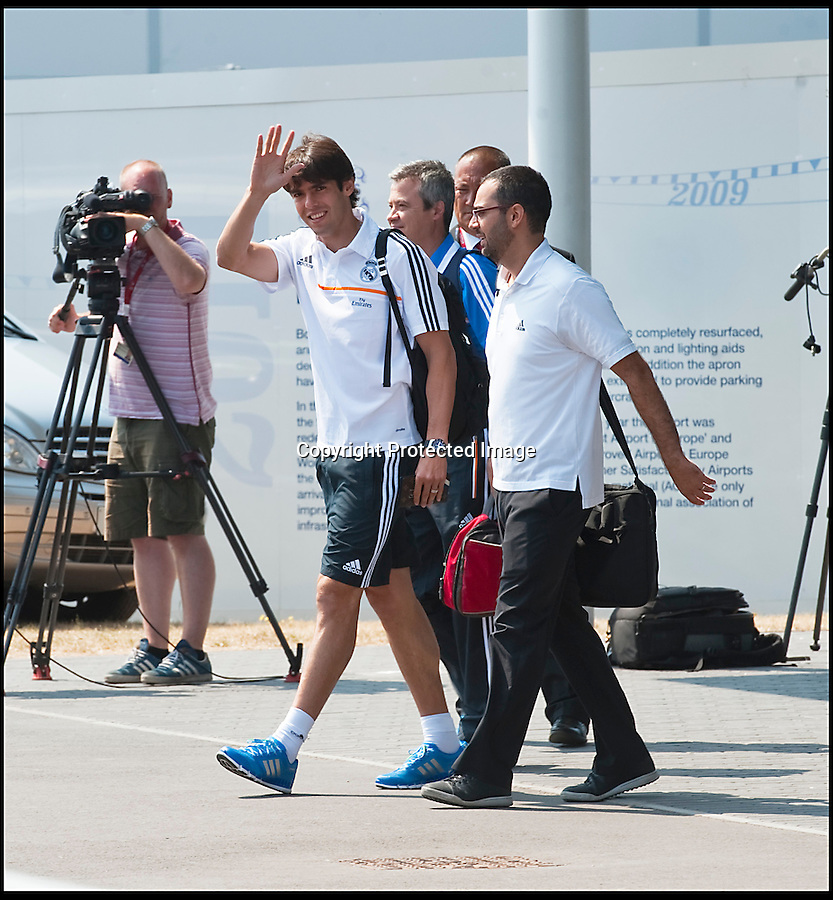 Kaka emerges from the terminal building.

Despite fears that their second team would turn up excited fans at the airport couldn't beleive their eyes when Ancelotti led out Ronaldo, Zidane, Kaka, Modric and many more stars from the terminal building.
P Yeomans 21 Jul 2013 1922x2075 / 729.1KB