Add to Lightbox
Image 1 of 1
BNPS_ObamaBasketballVest_02.jpg 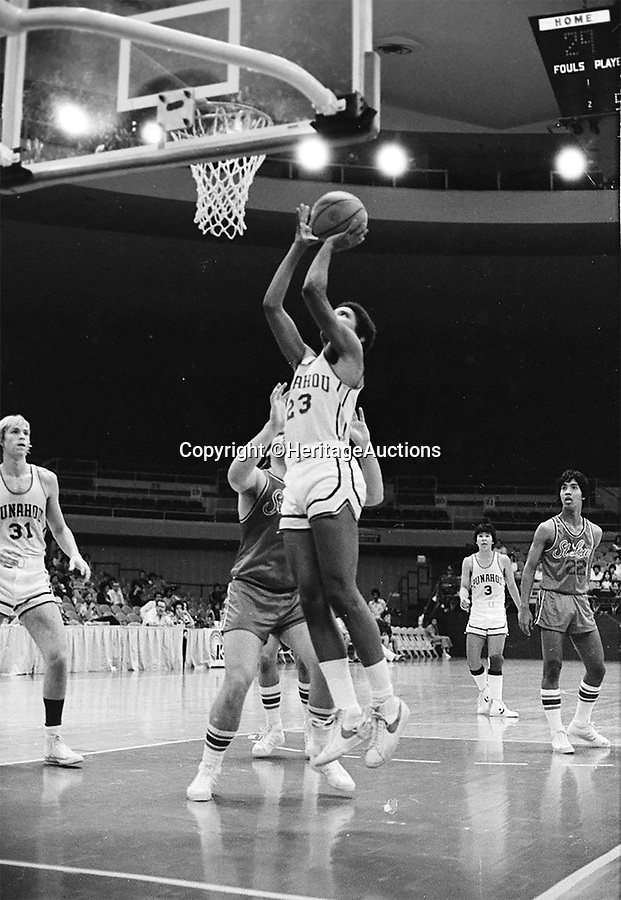 The former president was a callow 18 year old when he wore the white number 23 jersey for Punahou School in Hawaii 40 years ago.

His love of the sport endured into adulthood and he was frequently seen playing it at the White House.

The top was due to be discarded at the end of the 1978/79 season, but his team-mate Peter Noble decided to take it home as he had also worn it when Obama was not able to play.