Add to Lightbox
Image 1 of 1
BNPS_NaziAutographAlbum_027.jpg 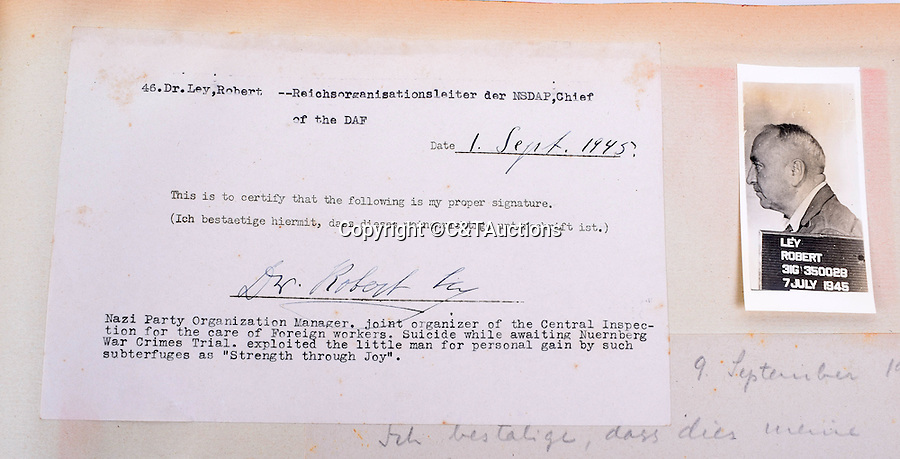 Robert Ley was a Nazi politician and head of the German Labour Front from 1933 to 1945. He committed suicide while awaiting trial at Nuremberg.