Add to Lightbox
Image 1 of 1
BNPS_RareSeaMiceWashUp_02.jpg 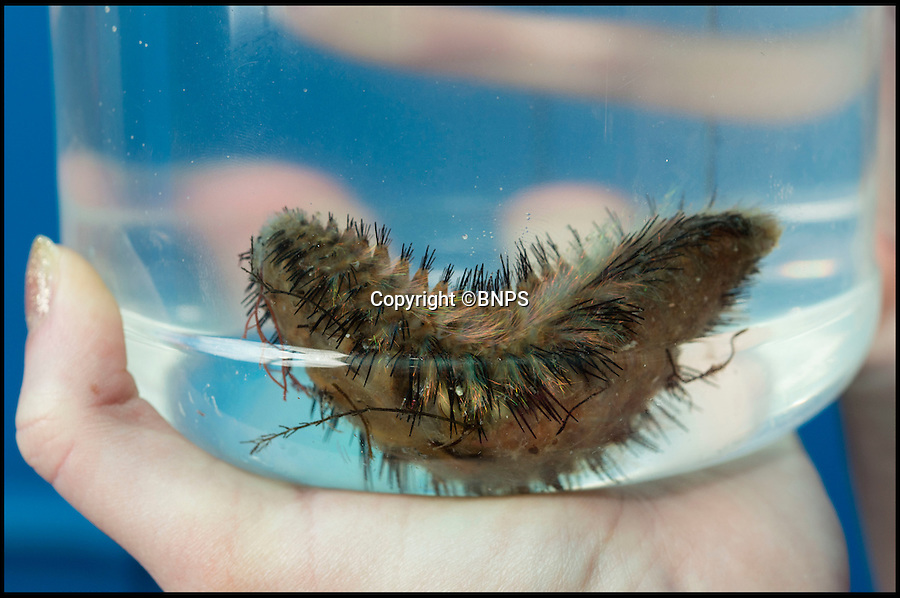 An exceptionally rare and brightly-coloured sea mouse that live buried 3,000 metres below sea level have washed up alive up on a UK beach.

The bizarre-looking worm was flung ashore after being caught up in currents and waves following a storm that stirred up sediment on the seabed.

An aquarist walking along Southsea Beach in Portsmouth, Hants, spotted the recognisable red spines, which appear to change colour as light moves across them.