Add to Lightbox
Image 1 of 1
BNPS_FreddieMercurysIconicJacket_01.jpg 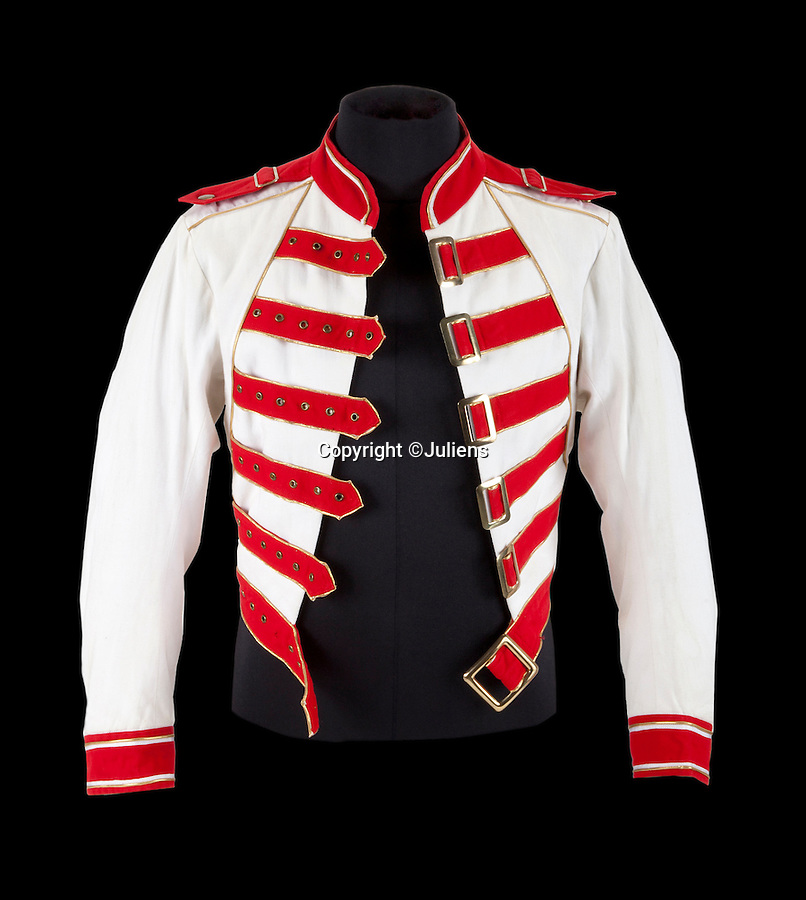 An iconic red and white jacket Freddie Mercury wore when Queen played their legendary last gig has emerged at auction with a princely £56,000 price tag.

Mercury charged across the stage in this top and a flowing white silk cape when the band blew 120,000 revelers away at Knebworth Park in 1986.

Tragically just one year later the frontman would be diagnosed with AIDS and the band's original line-up would never perform again.
©Juliens 10 Feb 2016 1611x1800 / 927.3KB