Add to Lightbox
Image 1 of 1
BNPS_DodoReturns...ToAuction_01.jpg 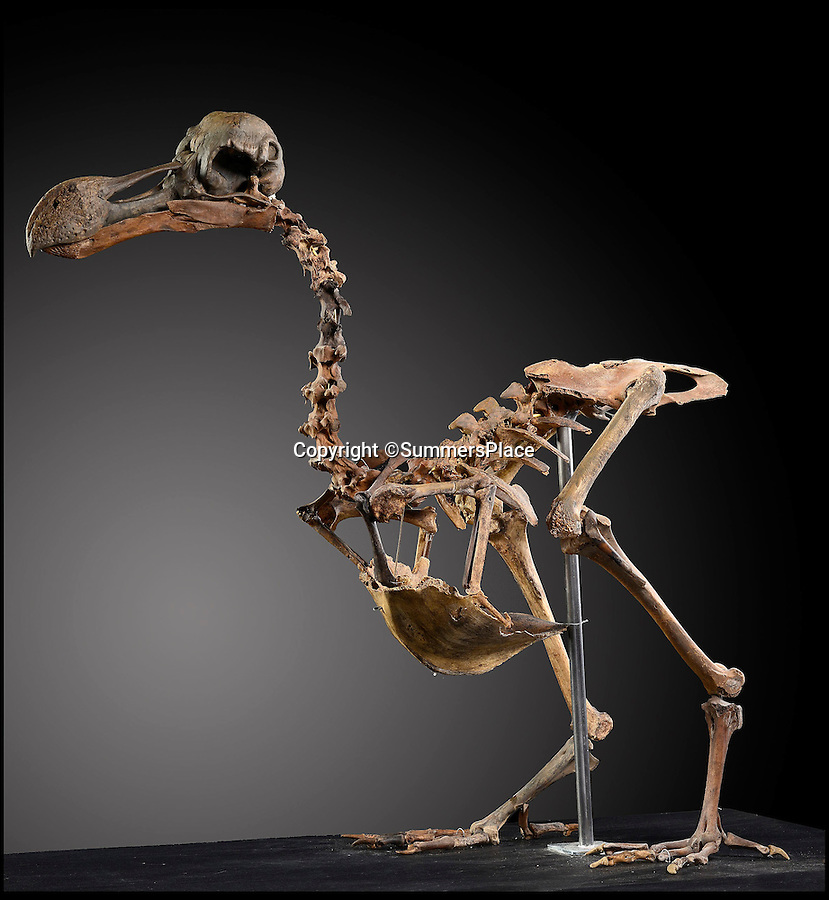 Dodo returns - first near complete skeleton to come up for auction could be yours for...£500,000.

An incredibly rare skeleton of the dodo - an icon of extinction - that has been painstakingly assembled after one man spent 40 years collecting the bones is to be sold at auction for the first time.

The 350-year-old bones make up one of the most complete skeletons in the world, at 95 per cent complete, and could fetch half a million pounds.

The extinct bird will be sold by Summers Place Auctions in Billingshurst, West Sussex, who say it is a bit of an unknown entity because it is such a rare item, on November 22.
©SummersPlace 7 Jul 2016 2365x2567 / 505.5KB