Add to Lightbox
Image 1 of 1
BNPS_SirMalcolmCampbellToolboxEmerges_06.jpg 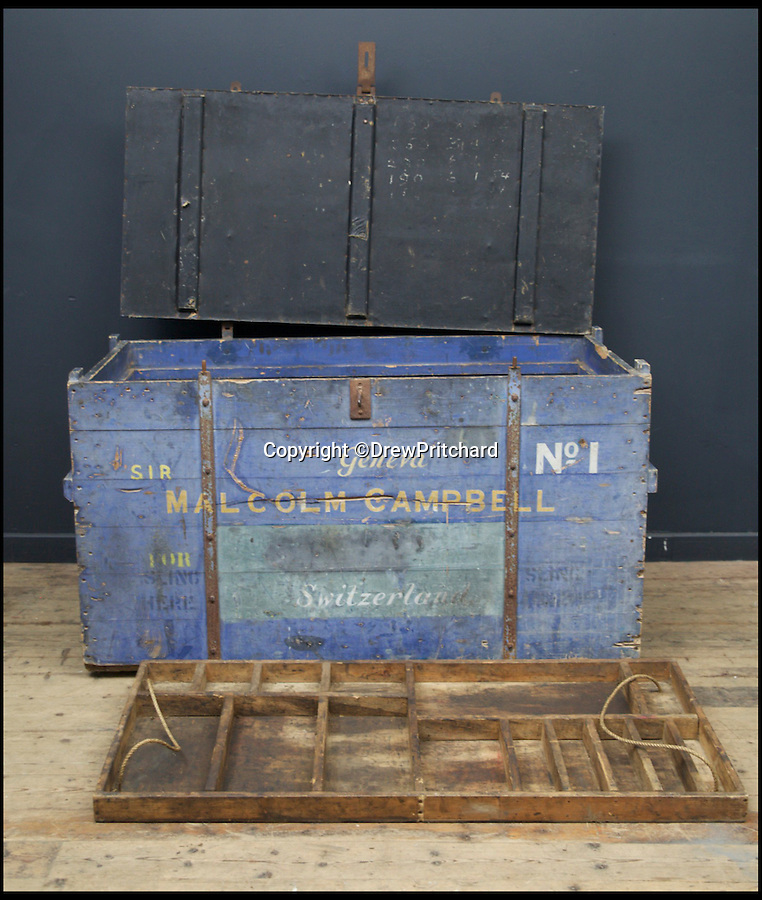 'Switzerland' is where K3 broke the water speed record in 1937, and the 'Sir' was added after Malcolm Campbell's knighthood in 1931.

Crate expectations - A humble wooden tool box that tells the story of the career of speed record demon Sir Malcolm Campbell has been put up for sale for over £100,000.

The 4ft by 3ft by 2ft crate was transported around Europe by the Bluebird hero who broke the water speed record four times and the land speed record nine times during his illustrious career.

The large box would have stored all the tools he and his crew required to see to faults with the various crafts he drove and carried numerous spare parts.

The box is painted in the same shade of pale blue as Sir Malcolm's Bluebird racing cars and boats and has is name emblazoned across the front.
©DrewPritchard 19 Feb 2015 1731x2045 / 1.7MB