Add to Lightbox
Image 1 of 1
BN_BlackMagic_02.jpg 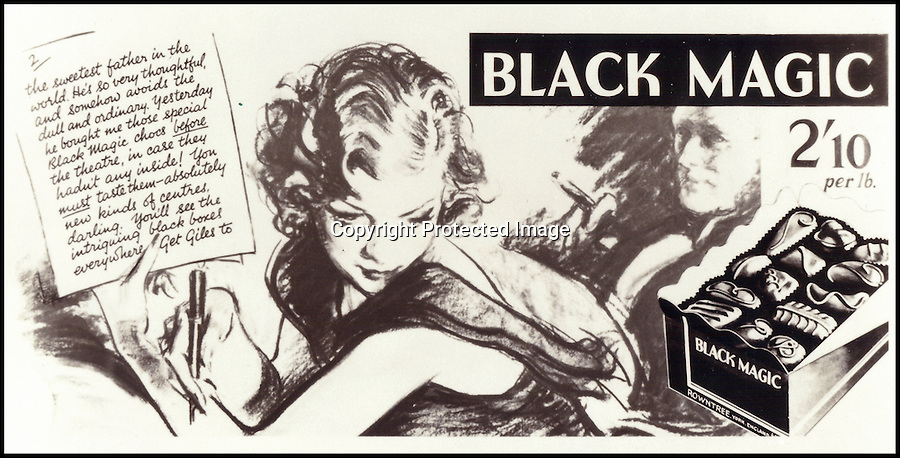 Chocolate for the masses!

A fascinating archive of vintage adverts has emerged and revealed how the humble Black Magic chocolates were the first box that was affordable for all.

When the famous dark chocolates were launched by Rowntree's in 1933 the company was on the brink of bankruptcy and was desperately trying to save itself from going bust.

Until then, Rowntree's only sold incredibly fancy boxes of the treats which were in hand decorated cases and cost up to £300 each in today's money.

When Black Magic hit the shops at just five pounds for the largest box customers were shocked that they were able to buy luxurious chocolates for the first time.

The enormous success of the budget brand saw people's views of chocolate change from one of extreme wealth and importance to an every day treat for all classes.

Black Magic grew to become one of the most popular products Rowntree's sold and managed to save 151-year-old business from closing down.

The success of the now internationally famed box is illustrated in a collection of images that have been released to celebrate its 80 year anniversary.

Before the delicious treat was invented a box of chocolates would cost 100 shillings, which was the equivalent of 10 weeks worth of rent for a factory worker.
Bournemouth News 27 Aug 2008 4114x2093 / 1.7MB