Add to Lightbox
Image 1 of 1
BN_BookOnPlankton_014.jpg 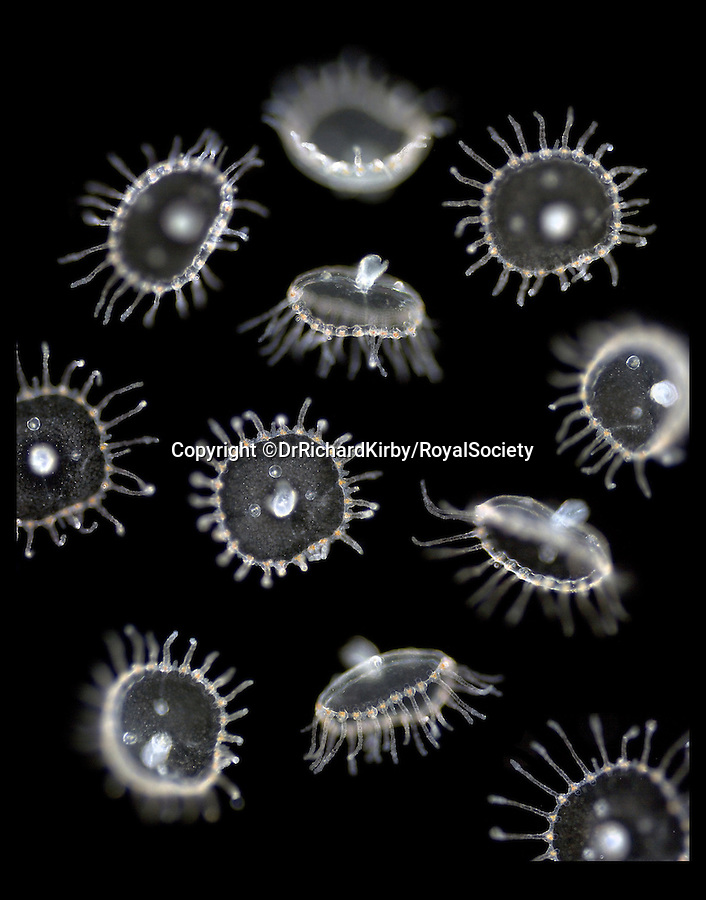 It may not be destined to be a bestseller, but a new book on the microscopic inhabitants of the oceans has got to be one of the most interesting and unusual publications this year.

A British marine scientist has just published his new book on the humble plankton that reveals the amazing diversity of the invisible creatures that are in fact more numerous than the stars in the night sky.

Marine scientist Dr Richard Kirby has dedicated his career to studying and photographing plankton - alien-looking creatures that live in huge numbers on the surface of the sea.

His new book, called 'Ocean Drifters: A Secret World Beneath the Waves', contains images of the almost-invisible creatures under the microscope.

Plankton, which cannot swim against a current, are at the very beginning of the marine food chain and are eaten by fish which in turn are consumed by other sea creatures like seabirds, sharks, dolphins, turtles and seals.
©DrRichardKirby/RoyalSociety 11 Dec 2008 2520x3214 / 1.1MB