Add to Lightbox
Image 1 of 1
BNPS_LulworthCoveRescue_06.jpg 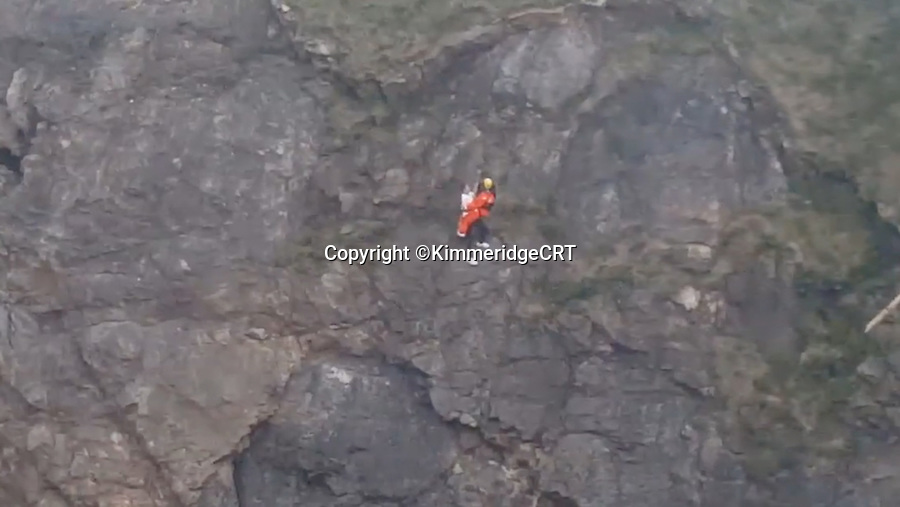 This is the dramatic moment a coastguard helicopter crew showed 'fantastic skills' to pluck three foolhardy teenagers from a 200ft cliff.

The three male youths had climbed up Stair Hole at Lulworth Cove, Dorset, but were unable to get past an overhang near the top and became stuck.

Onlookers at the beauty spot realised their perilous state and raised the alarm at about 8pm last night (Tues).

The coastguard helicopter crew spent 30 minutes hovering above the cliff while a winchman was lowered down to rescue the trio one-by-one.
©KimmeridgeCRT 31 May 2017 1808x1017 / 587.2KB