Add to Lightbox
Image 1 of 1
BNPS_EHShephardGoesToWar_15.jpg 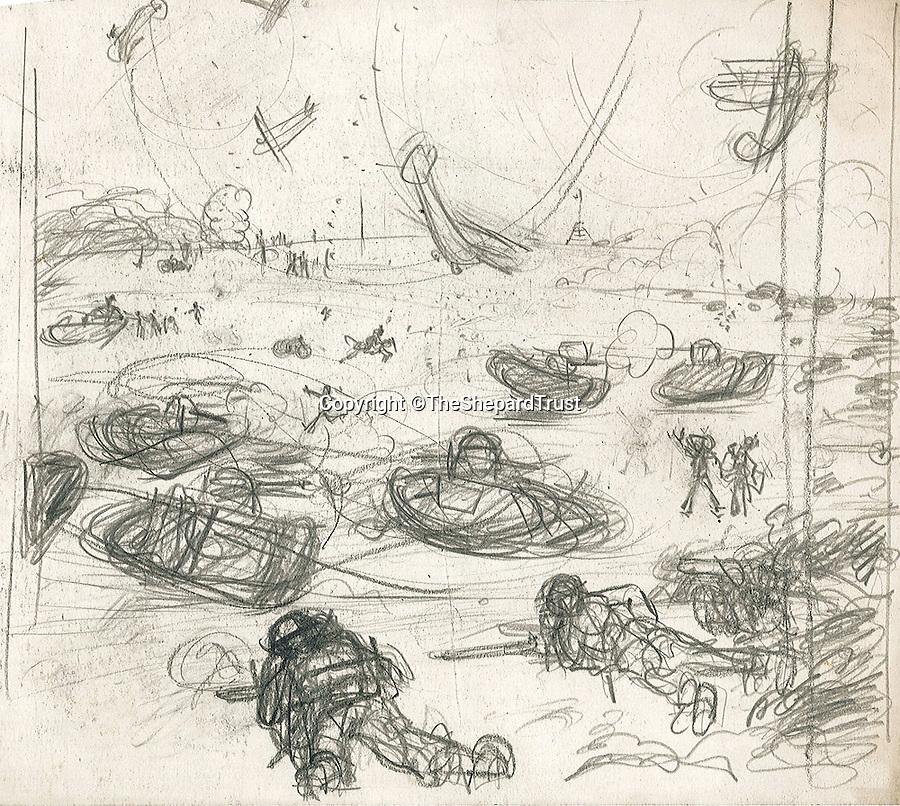 ***Images only to be used in relation to the book***

An undated sketch of the Somme hastily drawn mid-battle.
Poignant never-seen-before sketches that Winnie the Pooh illustrator E.H. Shepard drew from the First World War trenches have been published for the first time after they were discovered in a time-capsule box.  The incredible archive of more than 100 sketches only came to light when a trunk belonging to Shepard that had not been opened for almost 100 years was stumbled upon by researchers.  Shepard, who also illustrated Kenneth Grahame's Wind in the Willows, was a soldier in WW1's bloodiest battles and constantly made drawings of his experiences and encounters on the battlefield.  The astonishing collection has now been published for the first time in a new book called Shepard's War, published by Michael O'Mara Books, that commemorates the artist's time on the front line.
©TheShepardTrust 29 Oct 2015 2170x1945 / 1.6MB