Add to Lightbox
Image 1 of 1
BN_DDayInvasionReport_01.jpg 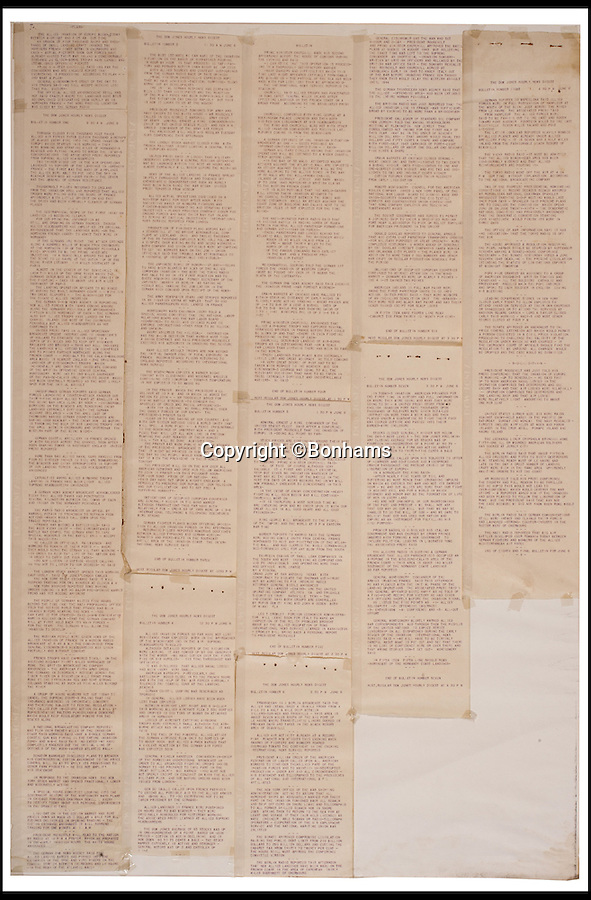 A unique blow-by-blow report of the D-Day invasion which detailed the action as it unfolded has emerged for sale for £11,000 and will go under the hammer at Bonhams New York on June 5.

The rolling news bulletins were filed hourly as more than 150,000 Allied soldiers stormed the beaches of Normandy in France at dawn of June 6, 1944.

The constant stream of short updates were transmitted via telex and printed on ticker tape in an age before live news broadcasts, email and Twitter.

They were sent out to newsrooms across the United States over the Dow Jones financial newswire throughout the invasion, the largest ever to take place.

Normally ticker tape was thrown away once it had been used but a 13ft roll carrying 12 hours of D-Day updates somehow survived.