Add to Lightbox
Image 1 of 1
BNPS_BabyCheetahJoyAtLongleat_08.jpg 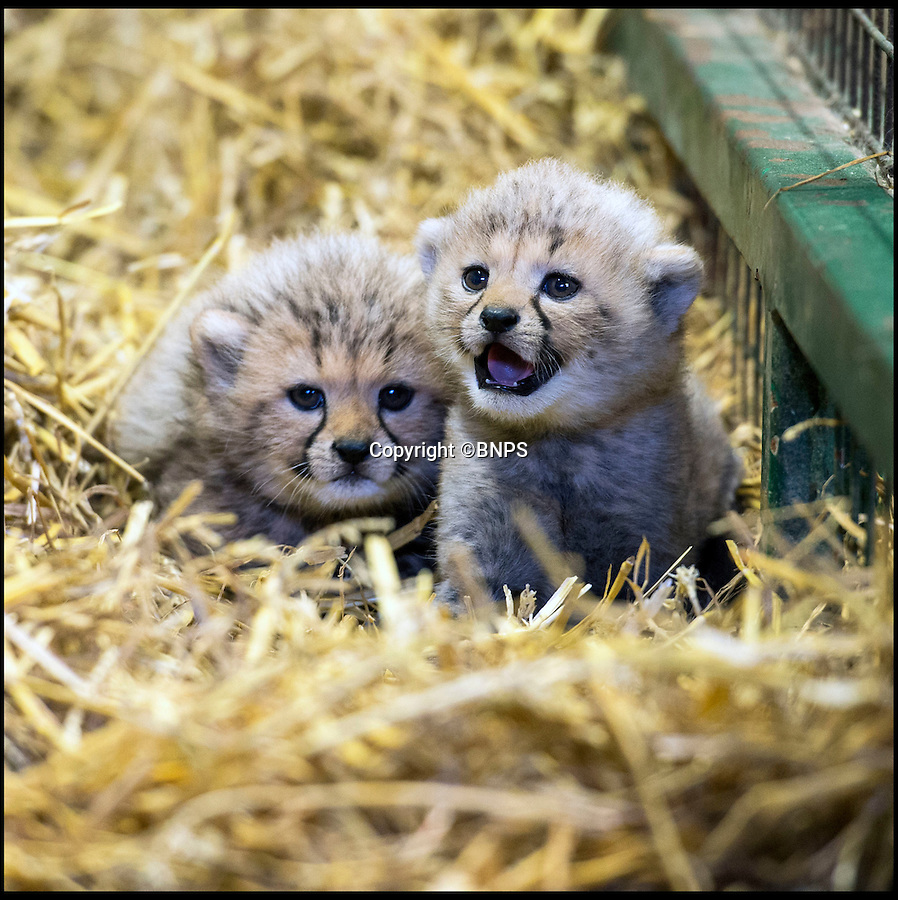 The first Cheetah cubs ever born at Longleat.

A pair of super-rare cheetah cubs are thriving after being born at the Wiltshire Safari park.

The pair, a male and a female, were born last month and will remain inside with mum Wilma until they are 12 weeks old.

The cheetah is the fastest developing member of the cat family. Longleat’s cubs opened their eyes after just six days, began moving around on their own within three week and started chewing on bones at five weeks.

Cheetahs are the world’s fastest land animals; capable of top speeds of 71 miles per hour. While running they can cover four strides in a second with each stride measuring up to eight metres.
©BNPS 21 Oct 2016 2748x2754 / 1.2MB