Add to Lightbox
Image 1 of 1
BNPS_RabbitsCancelSchoolSportsDay_13.JPG 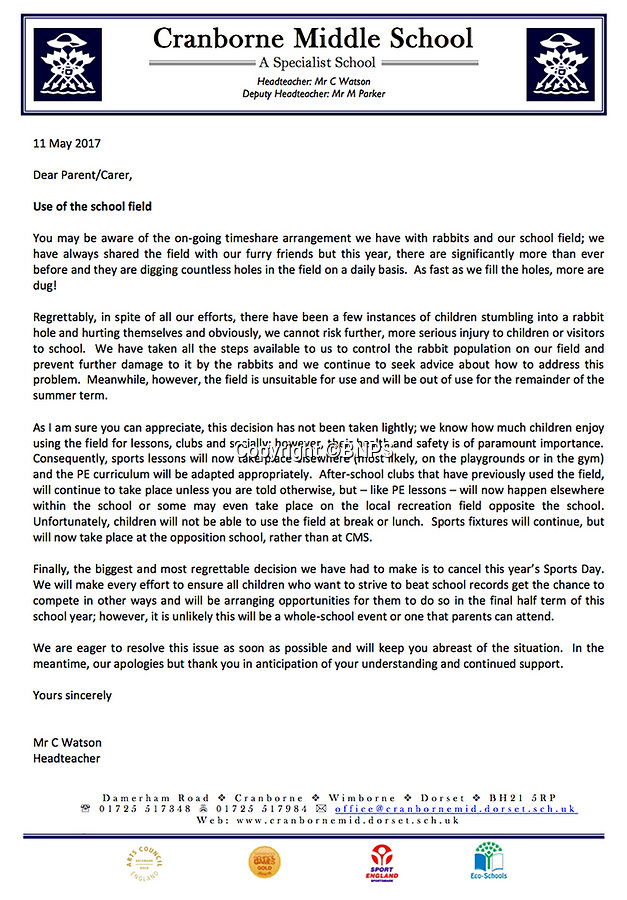 The letter sent to parents from headteacher Craig Watson.

Staff at the school in Dorset have worked with a landscaping company and gamekeepers from the Cranborne Estate to cull the colony using ferrets, gas and shooting in recent years, but say this year the rampant rabbits have multiplied more than ever.
©BNPS 14 May 2017 1457x2090 / 1.5MB