Add to Lightbox
Image 1 of 1
BN_AuntMimiSandbanksPlotForSale_023.jpg 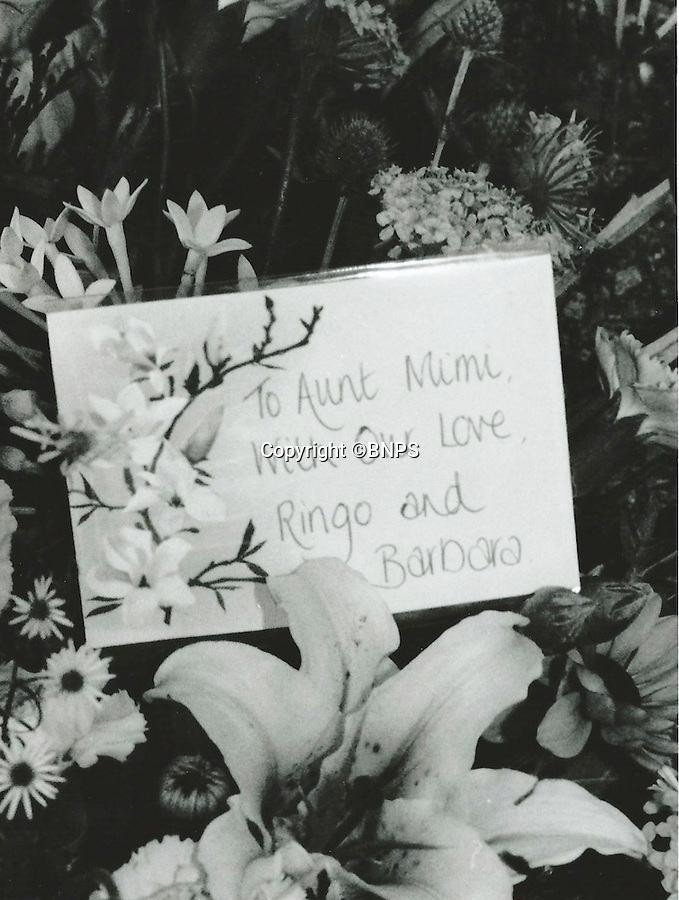 Ringo and Barbara flowers at Aunt Mimi's funeral in Poole in 1991.

The spectacular seaside view that John Lennon and his Aunt Mimi fell in love with in the swinging sixties is up for sale - but you would have to be a rock star to afford the £4.5million price tag.

A house on a plot of land that tragic Beatle John Lennon bought for his beloved Aunt Mimi at the height of his fame has been put on the market for £4.5 million.

Lennon forked out £26,500 for a bungalow on the plot on the exclusive Sandbanks peninsula in Poole Harbour in 1965 so that Mimi Smith, the auntie who raised him, could retire there.

Mimi died aged 85 in December 1991 and her humble home, which had fallen into disrepair, was bulldozed by property tycoon Geoff Kaye after he paid £410,000 for the site the following year.