Add to Lightbox
Image 1 of 1
BNPS_RareChineseVase_09.jpg 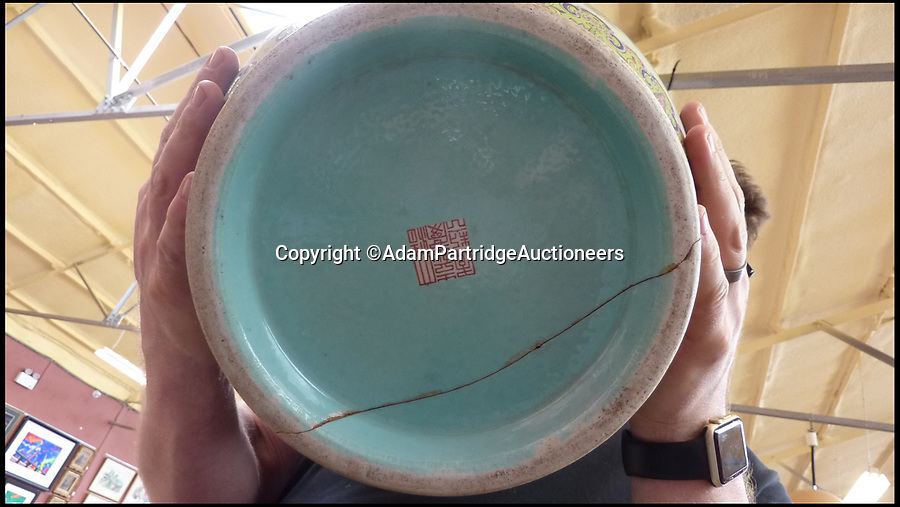 A Chinese vase that was badly damaged from being used as a stick stand in an outdoor porch for over 40 years has sold for a staggering £110,000.

The 26ins tall vase had large chunks missing from its rim and several cracks to its base, prompting experts to value it at just £200.

But it turned out to have been made for a Chinese emperor in the early 19th century to display at one of his imperial palaces.
©AdamPartridgeAuctioneers 25 Jun 2018 1943x1093 / 1.2MB