Add to Lightbox
Image 1 of 1
BNPS_ArmedRobbery_01.jpg 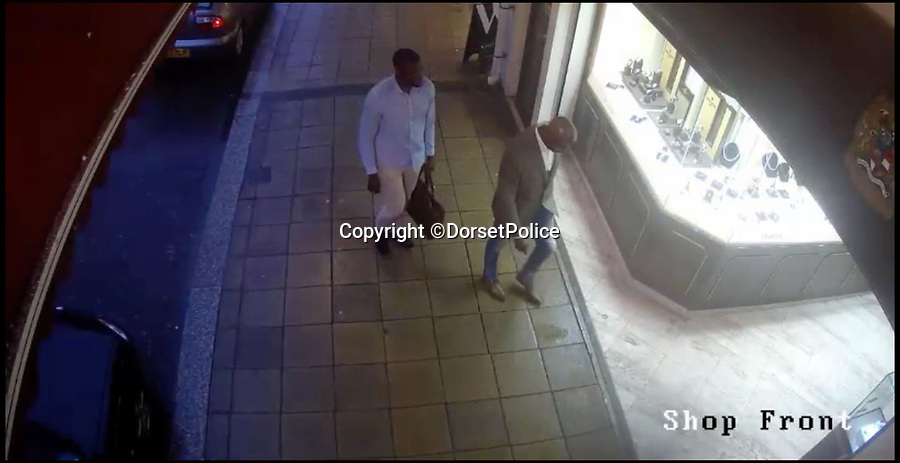 Mustafa Ali and Michael Adiat can be seen entering Franses Jewellers in Bournemouth.

Shocking CCTV that shows how two violent armed robbers posed as respectable customers before overpowering staff at a jewellers armed with handguns and a lump hammer has emerged.  The two smart looking men sat down at a desk with shop assistant Ben-Simon Charles, who showed them luxury watches worth up to £50,000.  Without warning one of them stands up, pulls out a pistol hidden under his jacket. His accomplice pulls a gun from his waistband and grabs Mr Charles in a headlock while threatening to kill him and shop owner Jeff Franses.  The assailant wielding the hammer threatens a third employee with it before smashing the reinforced glass of display cabinets to get to the expensive watches.
©DorsetPolice 29 Mar 2018 2330x1197 / 188.6KB