Add to Lightbox
Image 1 of 1
BNPS_DangerousDaysOfPioneeringPilots_03.jpg 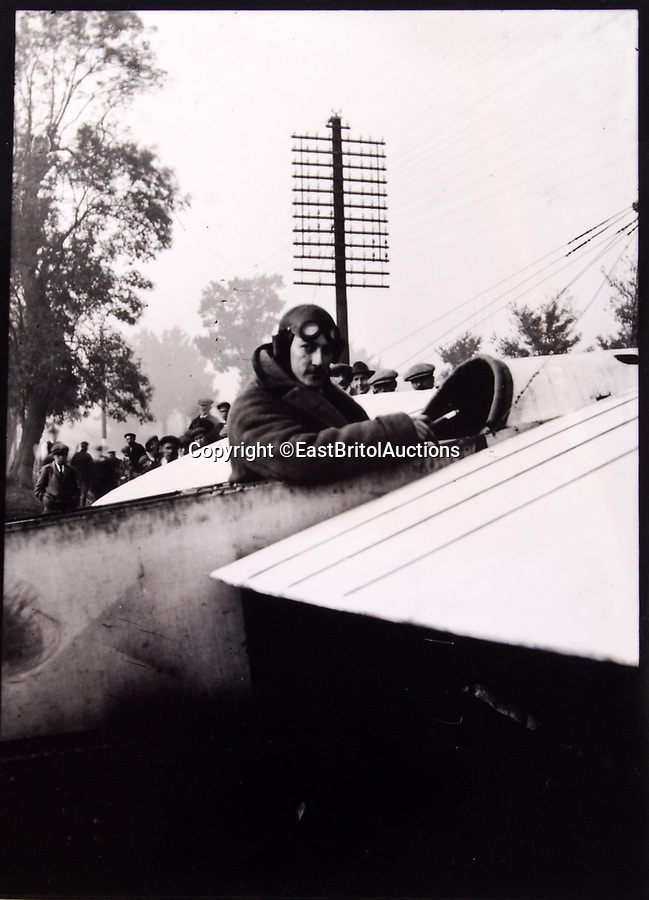 Britain's first ever commercial flight - William Rhodes Moorhouse about to collect a pair of shoes from Northampton in 1909.

Photographs showing the founder of Rolls Royce moments before he became the first person in Britain to be killed in an air crash have been unearthed.

The remarkable black and white snaps depict a nervous-looking Charles Rolls sat amongst the inner workings of a primitive biplane in 1910.

Wearing just a cloth cap and scarf for protection, one eye-witness described how a 'look of doom' appeared across Rolls' face before moments before take off.

A second image shows the aircraft lifting off from the ground just two minutes before its tail snapped off, sending the plane crashing to the ground and killing Rolls instantly.