Add to Lightbox
Image 1 of 1
BNPS_TitanicMarketStillBuoyant_03.jpg 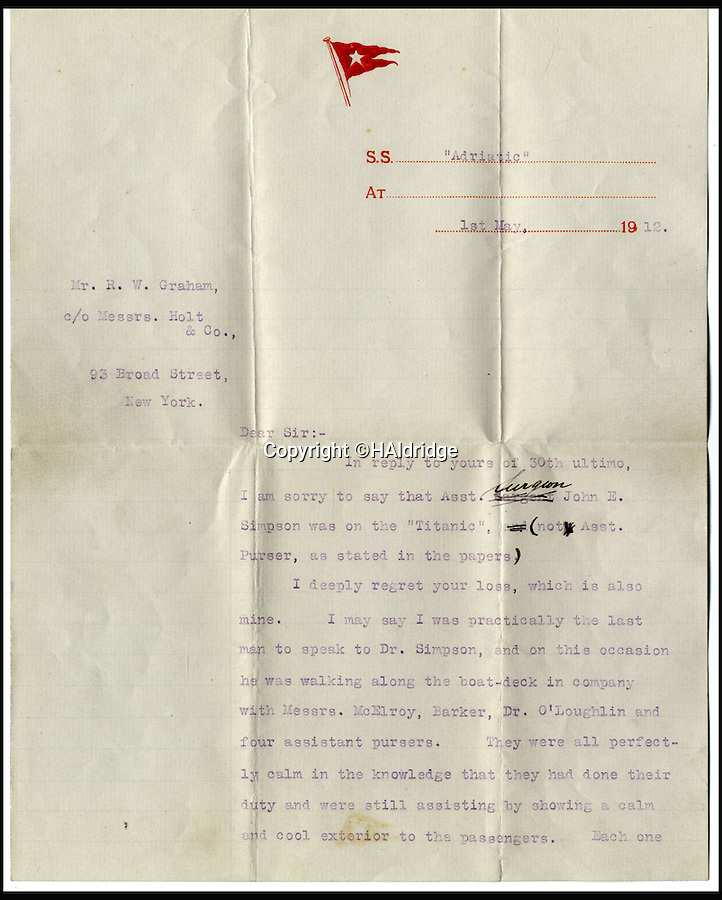 Sold for £34,000 - Lightoller letter revealing stoic attitude of the crew.

A letter from the most senior officer to survive the disaster and last survivor taken on board the rescue ship Carpathia Charles Lightoller.

The stoicism and bravery of the doomed crew of the Titanic can be told after a remarkable eye-witness account by the most senior surviving officer emerged for the first time.

As the liner sank after hitting an iceberg, second officer Charles Lightoller wrote of how he bumped into eight colleagues who were walking
calmly on deck to reassure panicked passengers.

Accepting their impending fate, the men then all shook hands with the officer with the words 'goodbye old man' before they were washed overboard minutes later.
©HAldridge 5 Oct 2016 2463x3069 / 810.5KB