Add to Lightbox
Image 1 of 1
BNPS_RoyalRoads_04.jpg 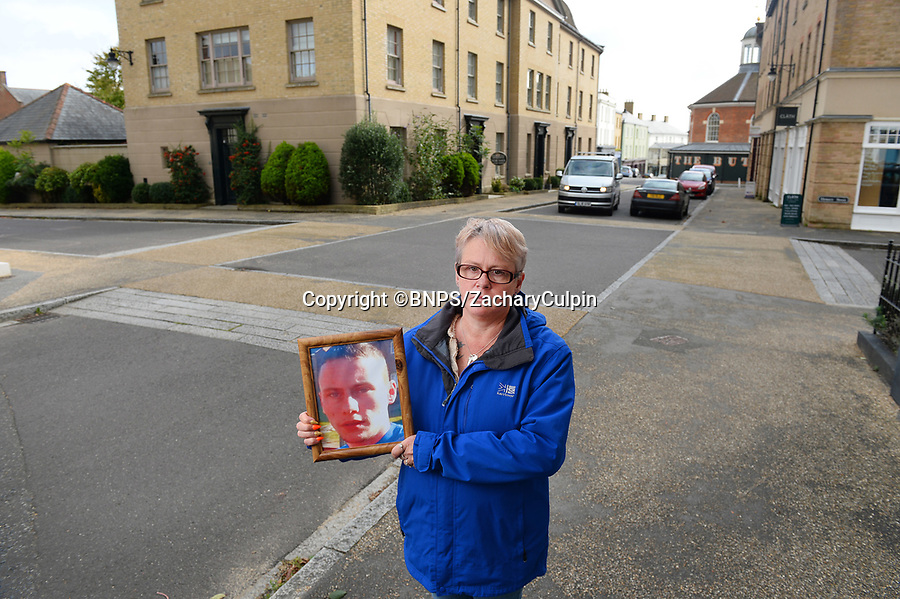 Tina Cooper holding a picture of her son Richard Hallett at the scene of the tragic accident.

Prince Charles' Duchy of Cornwall has been accused of defying a coroner after he raised concerns about the safety of the roads in Prince Charles' designer village following the death of a motorcyclist.  Dorset Assistant Coroner Brendan Allen wrote to the Duchy of Cornwall calling on them to take 'urgent action' after Richard Hallett, 25, was killed after colliding with a van in Poundbury, Dorset.  The inquest heard both parties were travelling at low speed and there was 'a lack of road markings and sightlines' at the fatal junction. Charles' utopian idyll has been specifically designed with winding streets and blind bends to calm traffic, instead of conventional stop signs.  Mr Allen, in his report, said the evidence he heard 'gave rise to concern' and that the Duchy of Cornwall must act 'to prevent future deaths'. But he has since received a response from them claiming there is no evidence of a 'clustering of accidents' or 'black spots' in Poundbury.  Mr Hallett's mother, Tina Cooper, claimed the Duchy of Cornwall's aversion to road signs demonstrated they put 'the prettiness of the town' above saving lives.
©BNPS/ZacharyCulpin 25 Sep 2019 4928x3280 / 2.3MB