Add to Lightbox
Image 1 of 1
BNPS_HellsAngelHarley_05.jpg 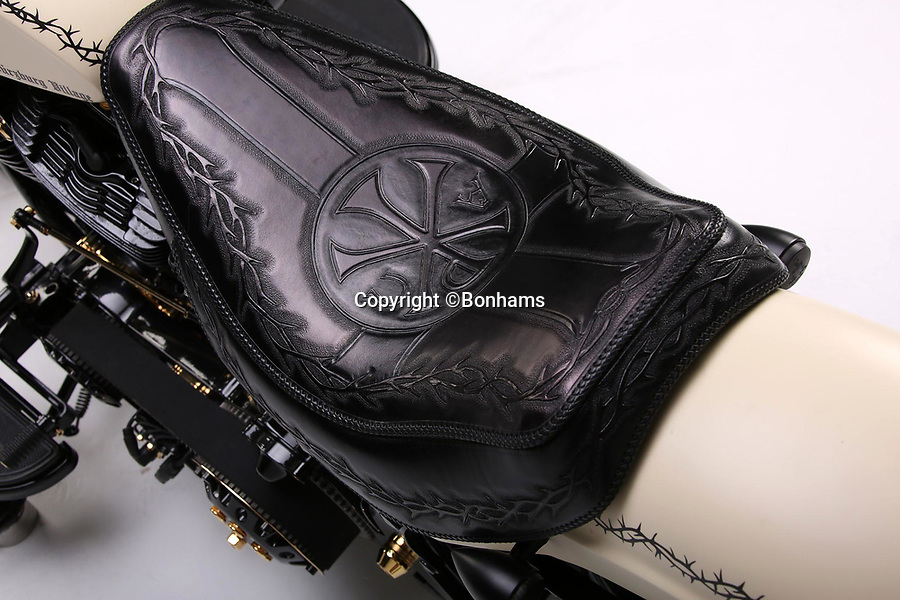 Ancient Christian symbol on the saddle....

Holy Davidson - They may be a symbol of the Hells Angels movement but a Harley Davidson hand signed by the Pope has emerged for sale for £100,000.

The 1,570cc 'holy Davidson' was built in 2016 having been commissioned by Dr Thomas Draxler, founder of the 'Jesus Bikers' group in Austria.