Add to Lightbox
Image 1 of 1
BNPS_AbbeyRoadOuttakes_04.jpg 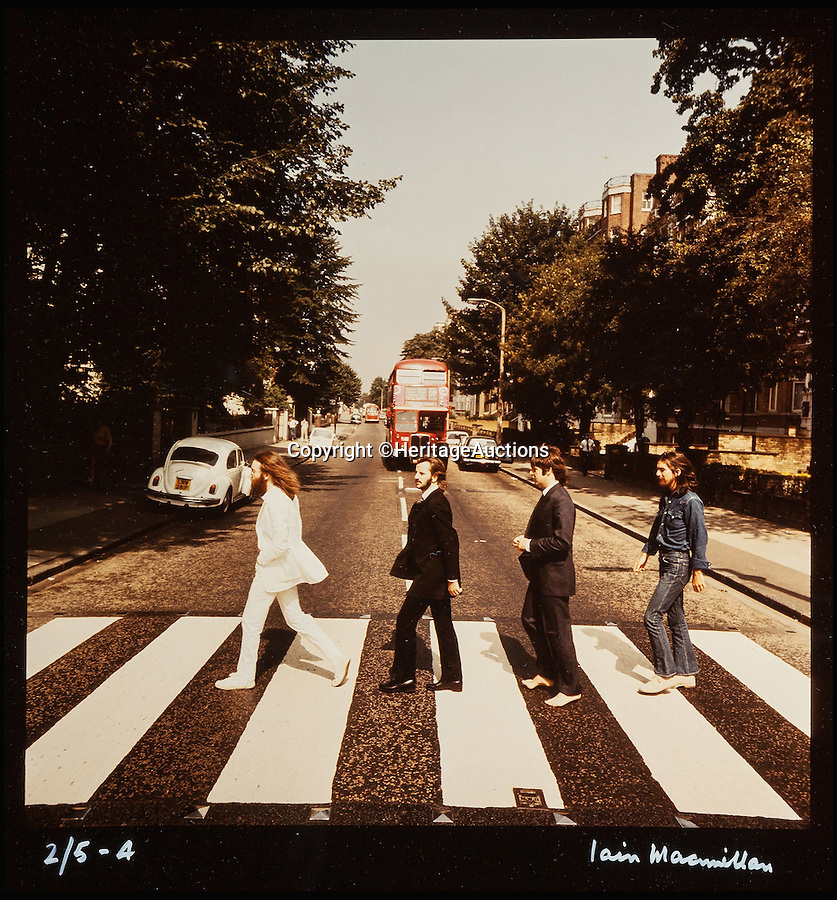 A rare set of the iconic images of the Beatles crossing Abbey Road shot for the cover of their world famous album have emerged at auction.

The complete set of six out-take photos, which were rejected as possible covers, is one of only five sets of prints that were made from the fully uncropped negatives, making it particularly rare.

The snaps were taken by Scots photographer Iain Macmillan, a close friend of John Lennon, who balanced precariously on a ladder in the middle of the road in north London while a willing policeman held up and directed traffic on the busy Abbey Road on August 8, 1969.