Add to Lightbox
Image 1 of 1
BN_TimeCapsuleTrunkFromWW1_014.jpg 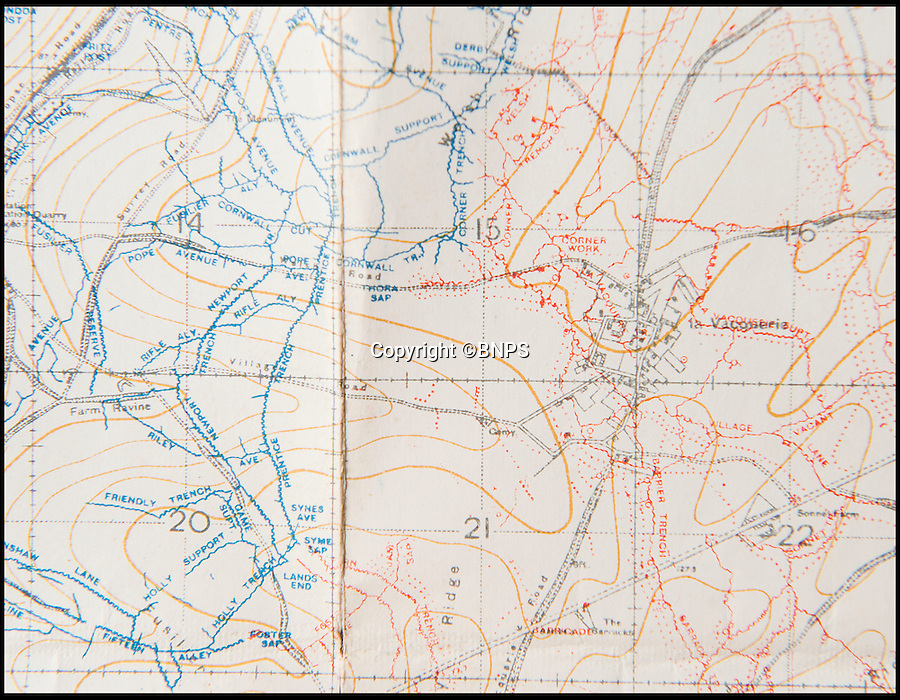 After his death all his possessions, including his uniforms, caps, brass badges, detailed trench maps, orders, handbooks, photographs, German souveniers, letters, water bottles, lanyard and even spent bullets, were sent back to his widowed mother Sarah who locked them away in the trunk.
©BNPS 29 Oct 2015 4240x3300 / 1.6MB