Add to Lightbox
Image 1 of 1
BNPS_RollingStonesCoverIdeas_04.jpg 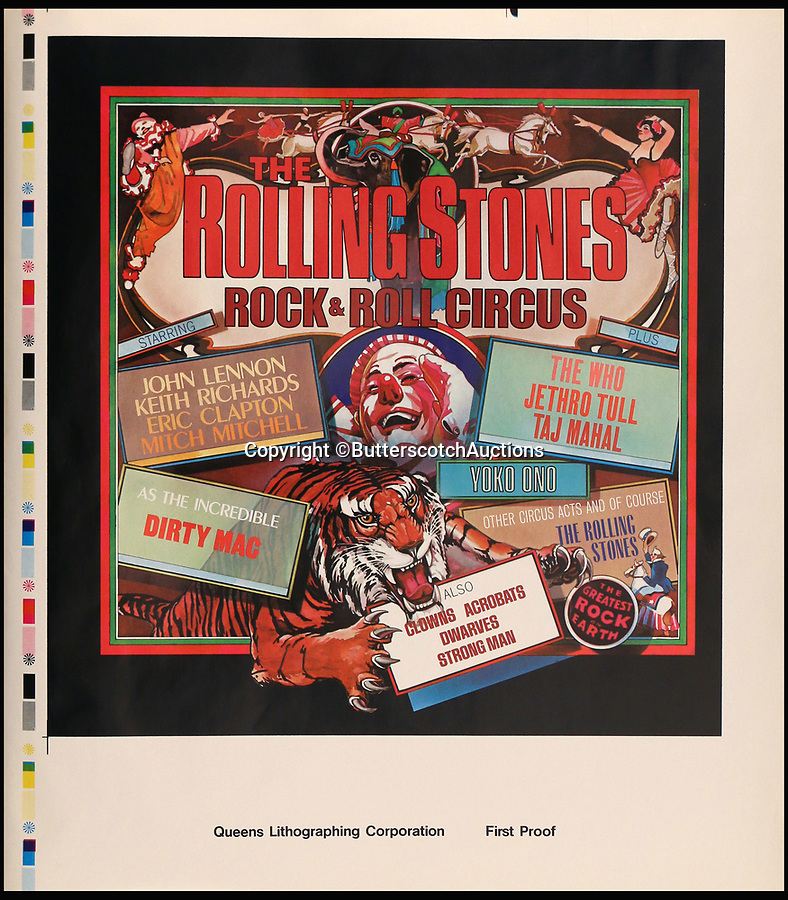 A fascinating selection of Rolling Stones' album cover ideas from the late 1960s and 1970s which were rejected - and one which sparked a major controversy - have emerged for auction.

Designs which never made it to the printers include a cover for a 1970s greatest hits album where the band are chiselled into rock like the US presidents' on Mount Rushmore with the faces of Mick Jagger and Keith Richards replacing George Washington and Abraham Lincoln.

There is also the controversial original print for the cover of their 1968 album Beggars Banquet which depicts a grimy bathroom stall covered in graffiti.
©ButterscotchAuctions 6 Apr 2017 2644x3021 / 1.3MB