Add to Lightbox
Image 1 of 1
BNPS_RAFLetter_06.jpg 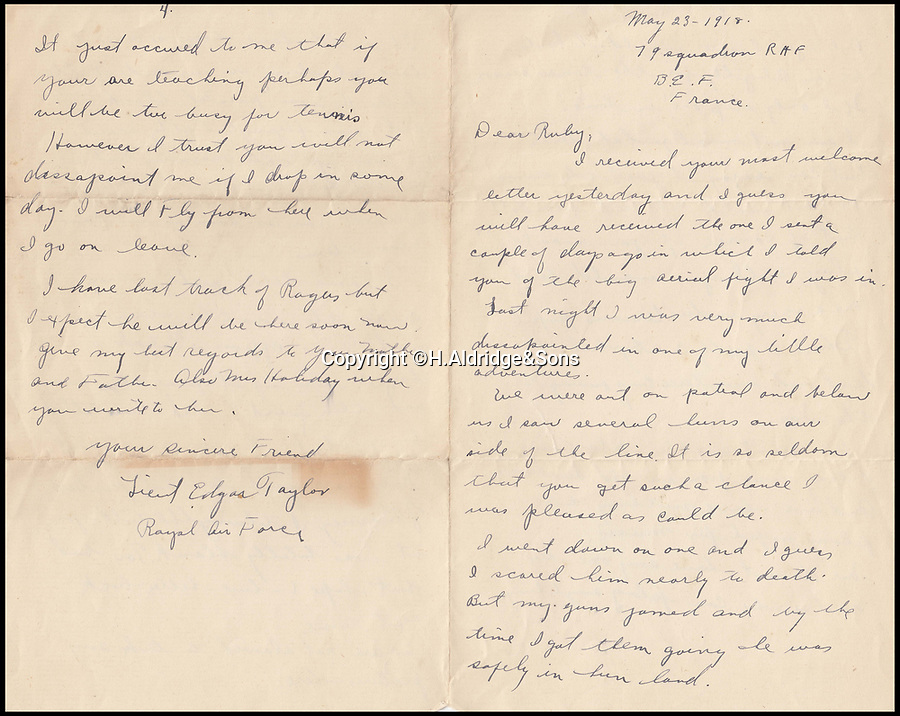 In the TV comedy Blackadder Goes Forth they were comically nicknamed the 'Twenty Minuters' and remarkable letters from one early member of the Royal Flying Corps would appear to show why.

The late Rik Mayall's chauvinistic character Lord Flasheart gave his First World War squadron the label as 20 minutes was the average time new pilots spent in the air before they were killed.

Now the letters home from air ace Lieutenant Edgar Taylor have come to light to reveal the tongue-in-cheek tag used in the BBC show wasn't far from the truth in reality.

The 21-year-old wrote of the life-or-death sorties he undertook during the four months he spent in the RFC before he was tragically killed in 1918.