Add to Lightbox
Image 1 of 1
BNPS_CandidGoneWithTheWindAlbum_03.jpg 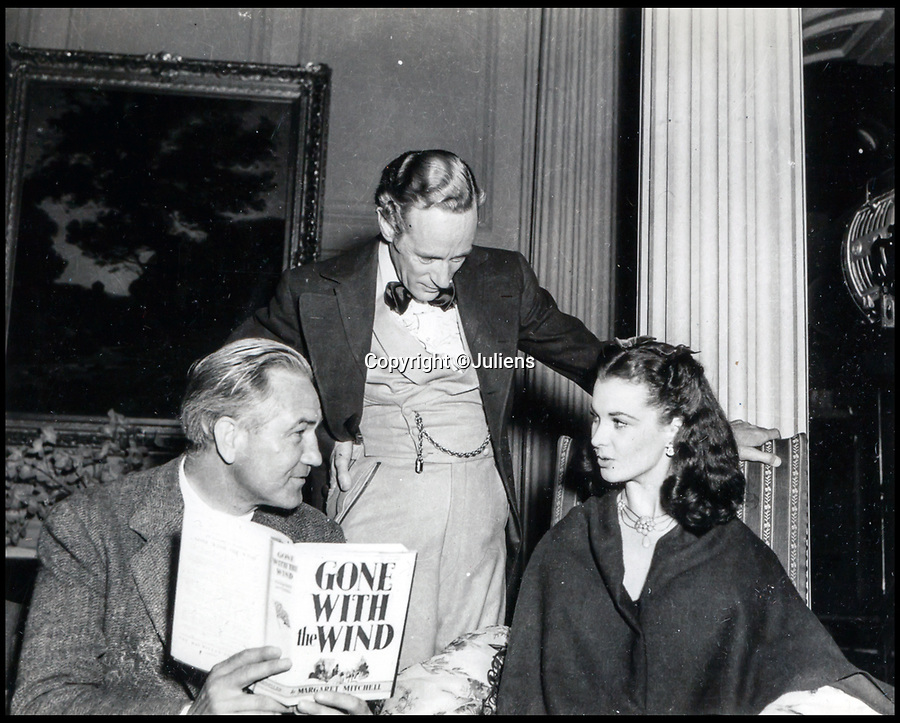 Director Victor Fleming holding the novel 'Gone With The Wind' while in discussion with Leslie Howard and Vivien Leigh.

Amazing behind the scenes photos of the classic film Gone With The Wind have come to light 80 years later.

The comprehensive archive of over 800 images includes candid snaps of the leads Clark Gable and Vivien Leigh unwinding between takes.

One extraordinary photo shows the pair still in costume playing a board game, with another capturing the burning of Atlanta in the film.