Add to Lightbox
Image 1 of 1
BNPS_WackyRaces_03.jpg 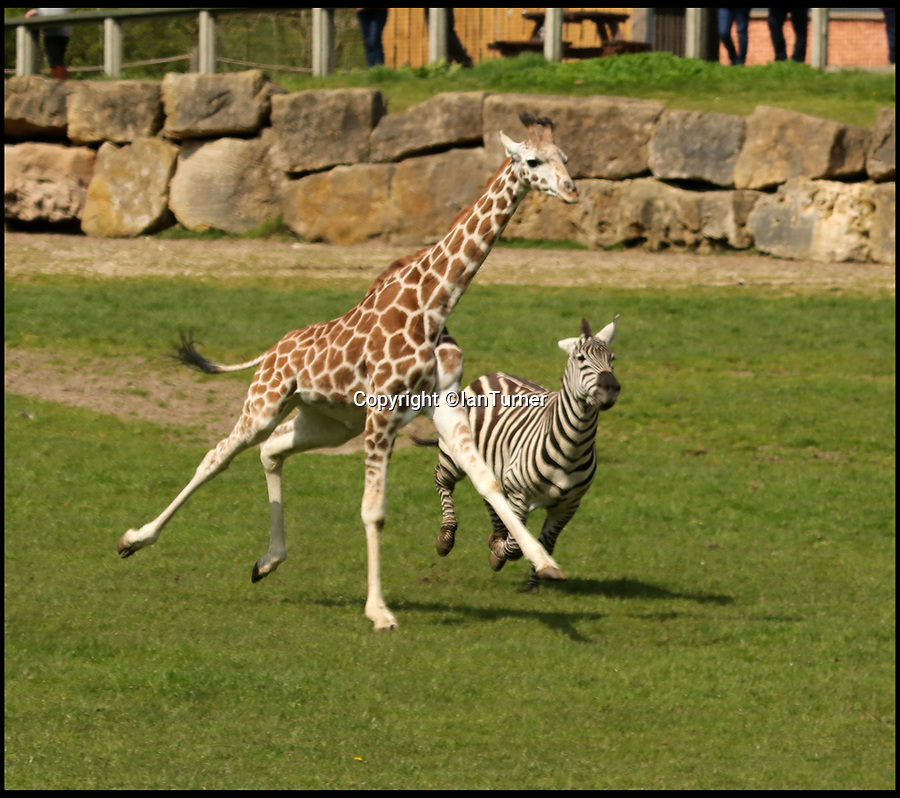 A young giraffe and a zebra at Longleat Safari Park engaged in their own version of the wacky races - a clear signal spring is definitely on its way.

The pair were spotted making the most of the sunshine as they hurtled around the Wiltshire wildlife attraction’s 60-acre reserve; much to the delight of visitors who witnessed their high jinks.

Fifteen month old Rothschild male giraffe, Rudy, and male Grant’s zebra, Iebe, competed in the frantic runabout as the other members of their herds looked on with bemusement.