Add to Lightbox
Image 1 of 1
BNPS_WhiteHelmetBuysBikeBack_09.jpg 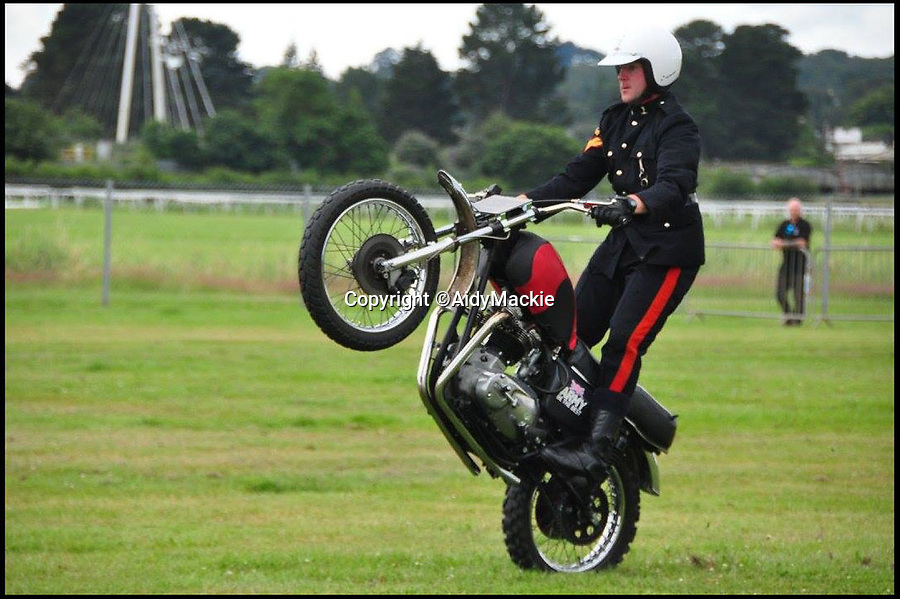 Cpl Aidy Mackie with his bike before the White Helmets were disbanded.

A member of the Army's White Helmets has bought back his beloved bike after it went up for auction following the axing of the daring motorcycle display team.

Corporal Aidy Mackie paid £11,200 for the Triumph machine that he couldn't bear to part with after the popular group was disbanded in August.