Add to Lightbox
Image 1 of 1
BNPS_FirstEverSnowFlakeImagesForSale_02.jpg 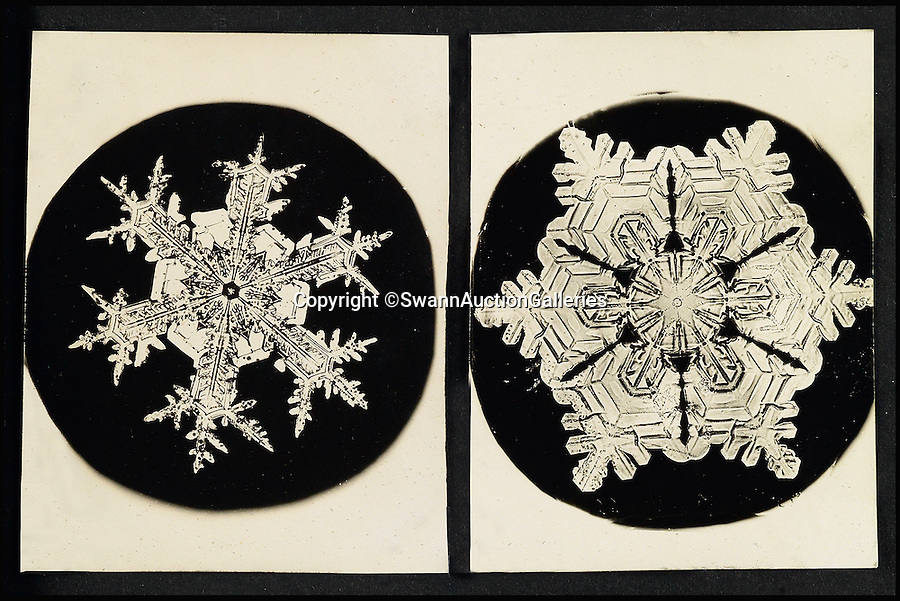 First contact - Unique album that revealed the beauty and variety of snowflakes.

This striking never-before-seen album captures the work of an obsessive photographer who proved all snowflakes are unique.

Although initially shunned by scientists, Wilson "Snowflake Man" Bentley's work bewitched the public after his pictures began to be published at the end of the nineteenth century.

The eccentric snapper - who died after walking six miles home in a blizzard in 1931 - used a specially adapted bellows camera and microscope to capture the flakes after catching them on a blackboard.

This extremely rare leatherette album of his work has emerged at auction - and as it spans the length of his career, some of the pictures could be the first ever images of snow flakes.