Add to Lightbox
Image 1 of 1
BN_LightningCheckForDukesColumn_04.jpg 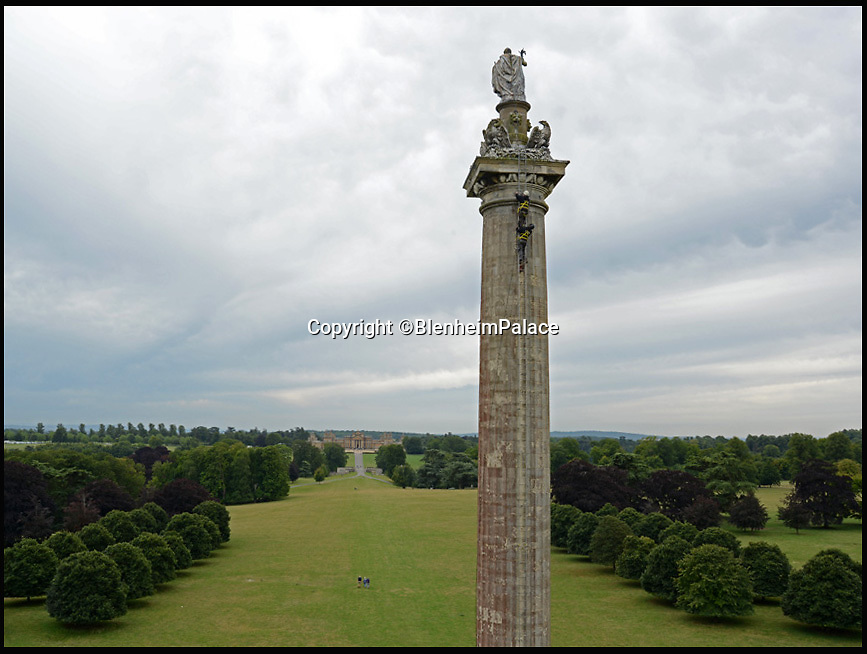 A team of steeplejacks got a stunning bird's eye view of Blenheim Palace when they braved the hair-raising 135ft climb to the top of a 285-year-old column.

The three-man team used ten 12ft ladders to scale the Grade II listed Column of Victory at the palace in Oxfordshire to carry out checks on a lightning conductor.

The lofty job took the team a whole day to set up, carry out a continuity test to earth the conductor and dismantle afterwards.

The conductor prevents the giant column from being damaged by lightning and needs to be checked every ten years.

A lead statue of the 1st Duke of Marlborough stands on top of the column, which was built to commemorate his famous military triumphs against the French and Bavarians during the War of the Spanish Succession.
©BlenheimPalace 18 Aug 2015 867x654 / 172.0KB