Add to Lightbox
Image 1 of 1
BNPS_ReichChancelleryAlbum_022.jpg 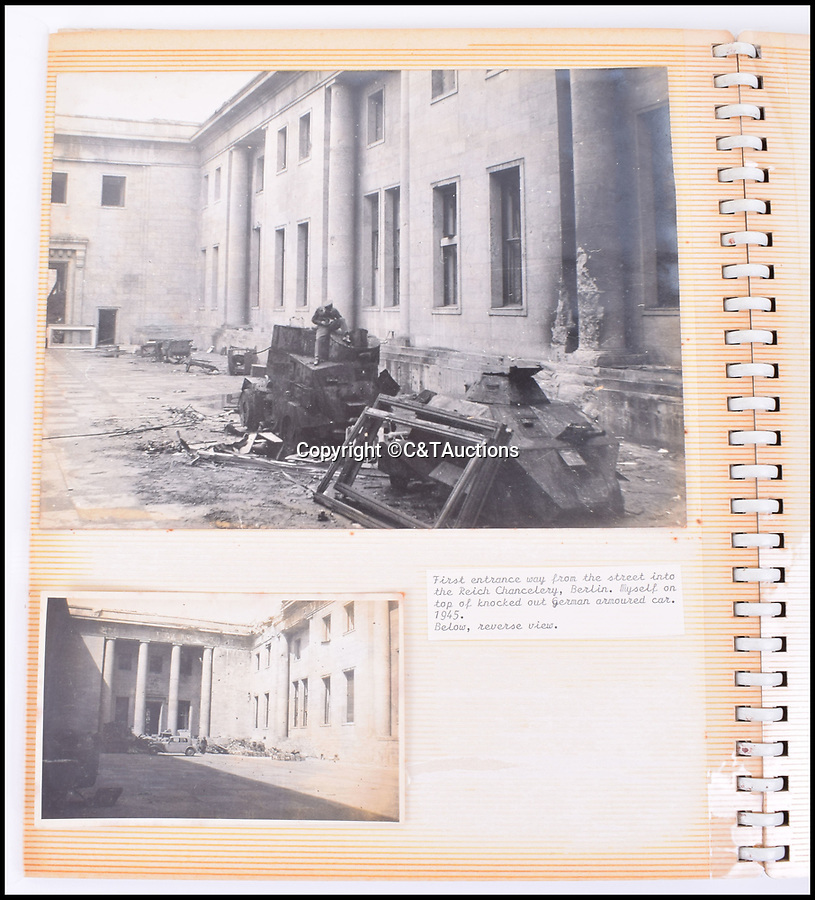 The Guardsman poses on top of a destroyed armoured car in the courtyard of the Reich Chancellery.

The soldier composed an album of his own photographs alongside Nazi publicity postcards from the heyday of the Third Reich.
©C&TAuctions 14 Jun 2018 3388x3739 / 1.1MB