Add to Lightbox
Image 1 of 1
BN_CatCardio_14.jpg 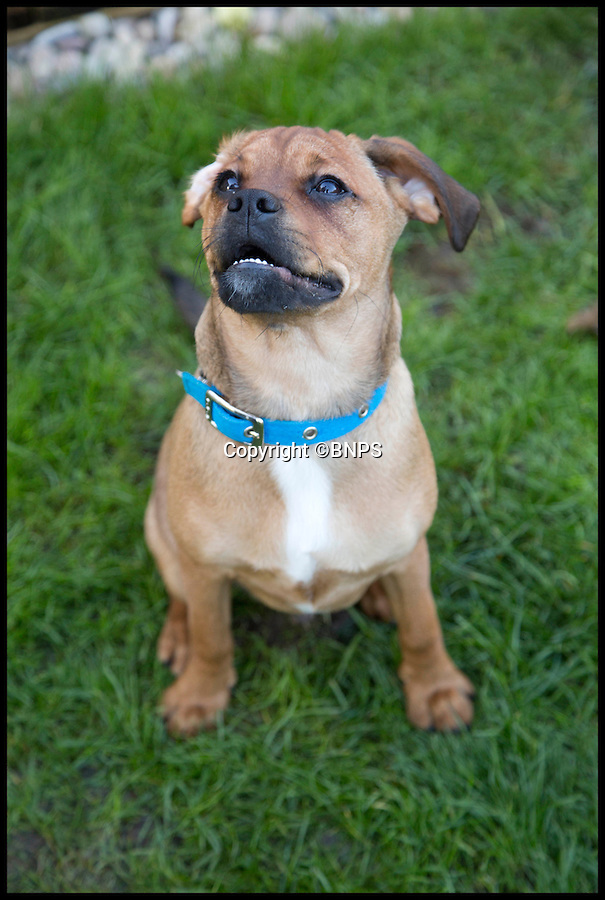 Dennis (5 months), who is a 'pugalier', in his garden in Dorchester.

Britain's fattest cat has now got a doggy trainer to whip him into shape.

Drill Sergeant Dennis the puppy has got Ulric the cat running, boxing and wrestling in a bid to fight the flab after dieting failed.

The nine-year-old Norwegian Forest cat was declared morbidly obese by his vet last year when he tipped the scales at a whopping 2st 2lbs, the average weight of a three-year-old child and twice his normal weight.
©BNPS 3 Dec 2014 3934x5854 / 1.6MB