Add to Lightbox
Image 1 of 1
BNPS_LoveOnTheRocks_04.jpg 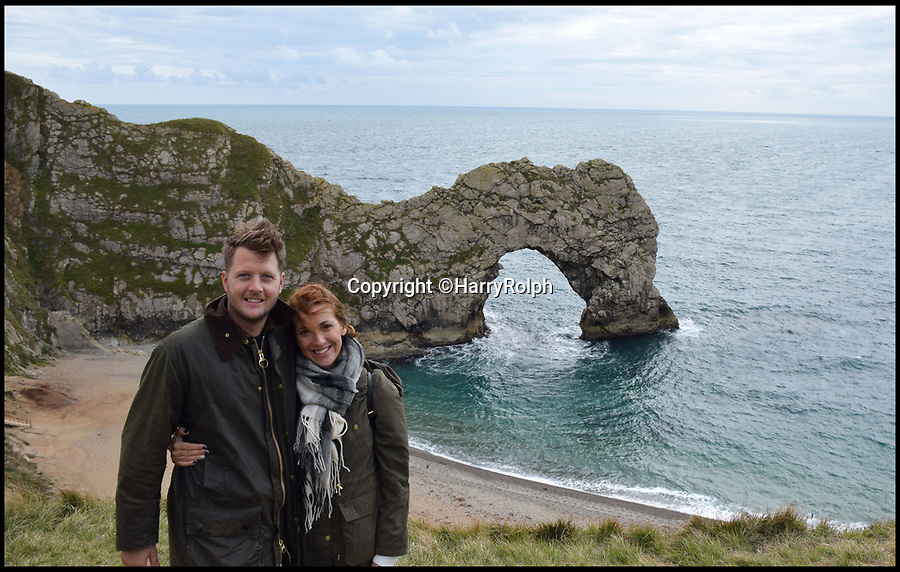 Harry Rolph and Eleni Kostantaki posing for a photo in front of Durdle Door in Dorset, just after the proposal.

Love on the rocks...

The wedding proposal of a couple inadvertently caught on camera no longer has a cliffhanger ending - as they have been found and confirmed they are engaged.

Tracey Hollis-Rowe, 44, was photographing idyllic Durdle Door in Dorset when she captured a man getting down on one knee and his shocked girlfriend putting her hand to her mouth.

Not wanting to infringe on the tender moment Tracey quickly walked away but she later put the photo on social media and appealed for the couple to get in touch.

The story was picked up by local and national media and shared on Facebook and Twitter before Harry Rolph contacted Tracey to tell her he was the man in the picture and his girlfriend Eleni Kostantaki had said yes.
©HarryRolph 20 Sep 2017 5155x3278 / 1.9MB