Add to Lightbox
Image 1 of 1
BNPS_DressToThrill_010.jpg 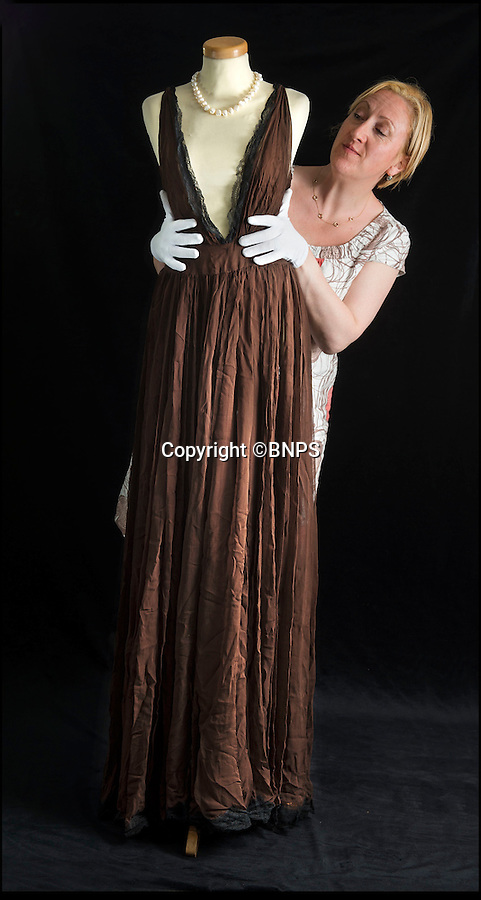 Haute couture expert at Dukes Antoinette Rogers with the silk negligee worn by Loren when attempting to seduce Sellers in the movie.

Dukes auctioneers in Dorchester are now selling the dress along with two others from the film and haute couture expert Antoinette Rogers says it could go for up to £10,000 thanks to its unique and glamorous provenance.
©BNPS 6 Jun 2016 2558x4789 / 962.0KB