Add to Lightbox
Image 1 of 1
BNPS_RoyalBodyguardPhotoAlbum_07.jpg 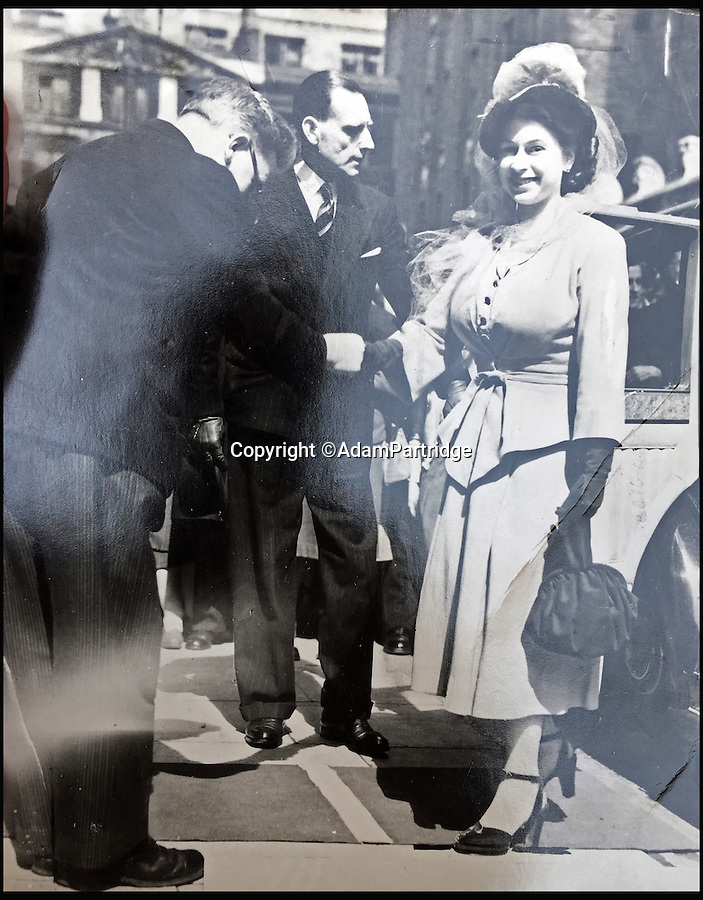 Alexander Usher pictured to the left of the Queen.

A fascinating photo archive that documents the dedication of one of the Queen's bodyguards has come to light 70 years later.

Police Inspector Alexander Usher was appointed 'No.1 Shadow' to Princess Elizabeth in 1944, when she was aged 18 and 'heir presumptive' to the throne behind her father King George VI.

Mr Usher served alongside her until 1951, by which time she had married Prince Philip. He even went on their honeymoon.