Add to Lightbox
Image 1 of 1
BN_TitanicSecondClassMenu_02.jpg 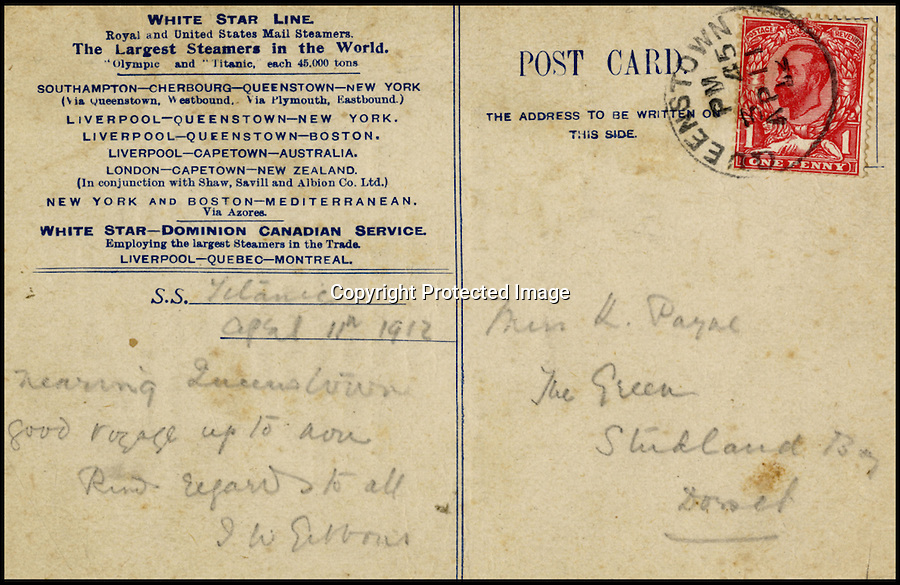 An incredibly rare menu from the Titanic that doubled as a postcard and bears the words 'good voyage up to now' is tipped to sell for £80,000.

The menu was for breakfast in the second class restaurant on the ill-fated liner on Thursday April 11, 1912.

It is estimated there are about 20 Titanic menus in existance but most of those relate to the first class restaurant for April 14 - the day the ship hit an iceberg.

That is because more first class passengers survived the sinking and some happened to have the menus in their handbags or jacket pockets when they entered the lifeboats.
P Yeomans 21 Apr 2014 3201x2082 / 838.5KB