Add to Lightbox
Image 1 of 1
BN_AbbeyRoadOutTakes_07.jpg 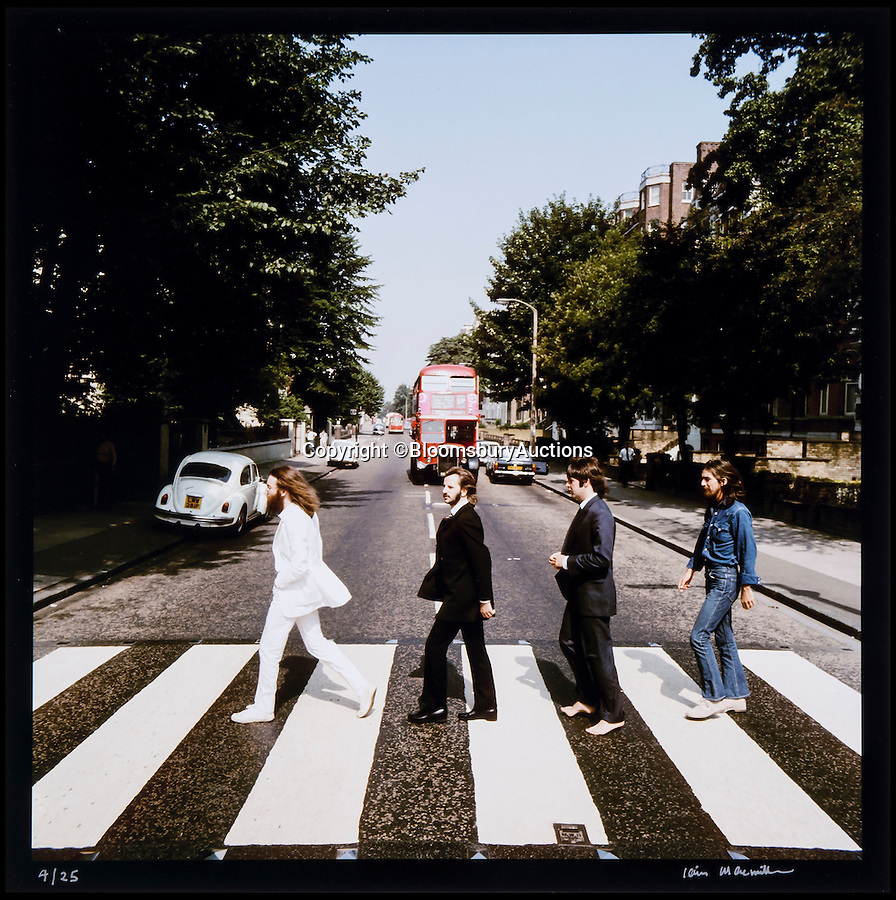 An out take from the famous Abbey Road photo shoot with The Beatles.

Rare photographs of the Beatles crossing Abbey Road shot for the cover of the last album they recorded together have emerged for sale for £70,000.

The six snaps were rejected as possible covers of the Beatles' famed Abbey Road album released in September 1969, just months before they split up.

They were taken by Scots photographer Iain Macmillan, a close friend of John Lennon, who balanced precariously on a ladder in the middle of the road in north London for the shoot.

He had just 10 minutes to get his shot so he got the Fab Four to walk back and forth continuously over the now famous zebra crossing.

Also for sale is the photo that became the back cover of the album - a road sign with a blurred person in the foreground.