Add to Lightbox
Image 1 of 1
BN_HeartbreakHotel_02.jpg 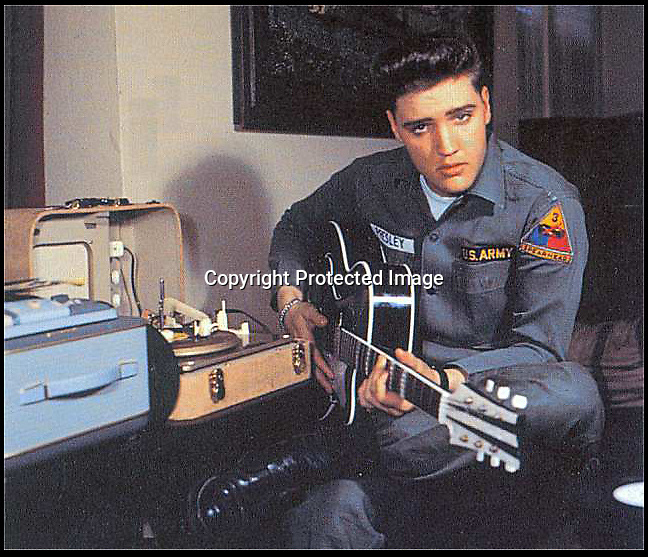 Elvis with the early record player in Germany.

Whole lot of shakin going on...

The record player owned by Elvis Presley during his time in the US Army in Germany is being auctioned in Devon.

And it has emerged that the vintage turntable led to the King of Rock'n'Roll being evicted from the Grunewald hotel in Bad Nauheim after a string of loud parties in 1959.

Elvis was asked to leave the hotel in February of that year after leaving other guests all shook up by his frequent parties.

One guest, Ellen Jenkins, told Elvis that she was about to marry an Englishman and move to Britain so he gave her the Perpetuum Ebner Musical 5v Luxus player as an early wedding present.
P Yeomans 5 Feb 2011 648x557 / 342.6KB