Add to Lightbox
Image 1 of 1
BNPS_DevastationCausedByWWIBlitzRevealed_14.jpg 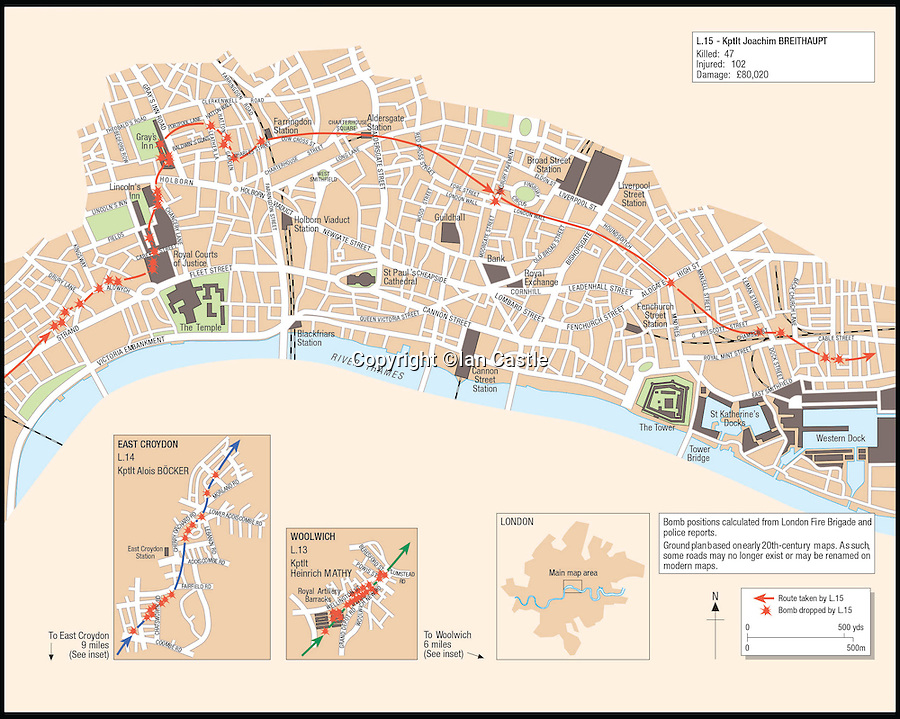 Map that shows the path L.15 Zeppelin took as it bombed the centre of London, killing 47 people and causing £80,020 worth of damage.

The sheer devastation wreaked on Britain by German air raids in the 'forgotten' first Blitz of World War One has been revealed 100 years on.

The terrifying aerial attacks marked a frightening new era of warfare as Germany demonstrated the brutal force of their technologically advanced airships to catastrophic success.

For three years the Zeppelins came and went as they pleased - and their destructive bombing missions have now been plotted for the first time ever in a new book marking their centenary.

Military historian Ian Castle's incredible maps form part of his book The First Blitz: Bombing London in the First World War, which remembers the first time the capital came under attack from the skies a century ago.
©Ian Castle 19 Oct 2015 2576x2057 / 1.4MB