Add to Lightbox
Image 1 of 1
BN_SquirtingAnts_04.jpg 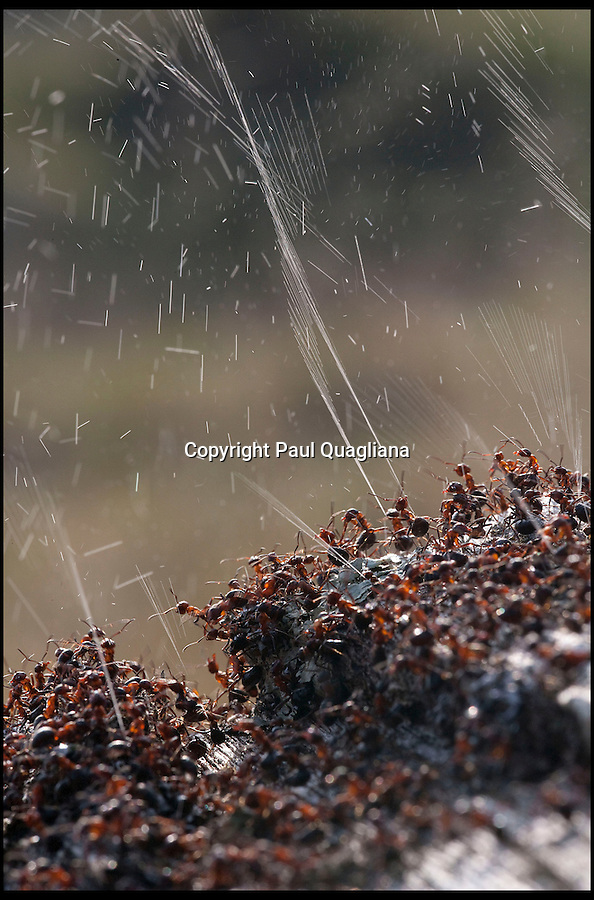 Paul spotted the feisty insect's in Wareham Forest in Dorset firing the foul-smelling venom into the air above their nest.

The Formic acid is enough to scare off larger predators such as woodpeckers and jay's but is harmless to humans.
Copyright Paul Quagliana 23 Jul 2000 3368x5102 / 2.3MB