Add to Lightbox
Image 1 of 1
BNPS_WW1TrenchesCookBook_01.jpg 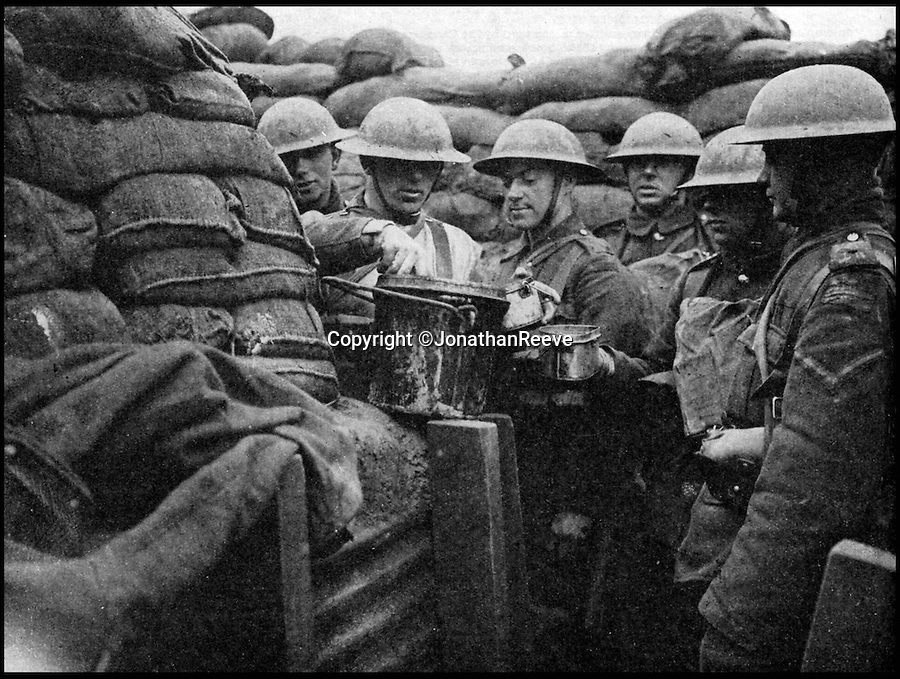 ‘Luncheon in the trenches’ March 1917, Lancashire Fusiliers being served hot stew into their mess tins from a ‘dixie’ close to Ploegsteert Wood in Flanders.