Add to Lightbox
Image 1 of 1
BNPS_ReturnToSender_05.jpg 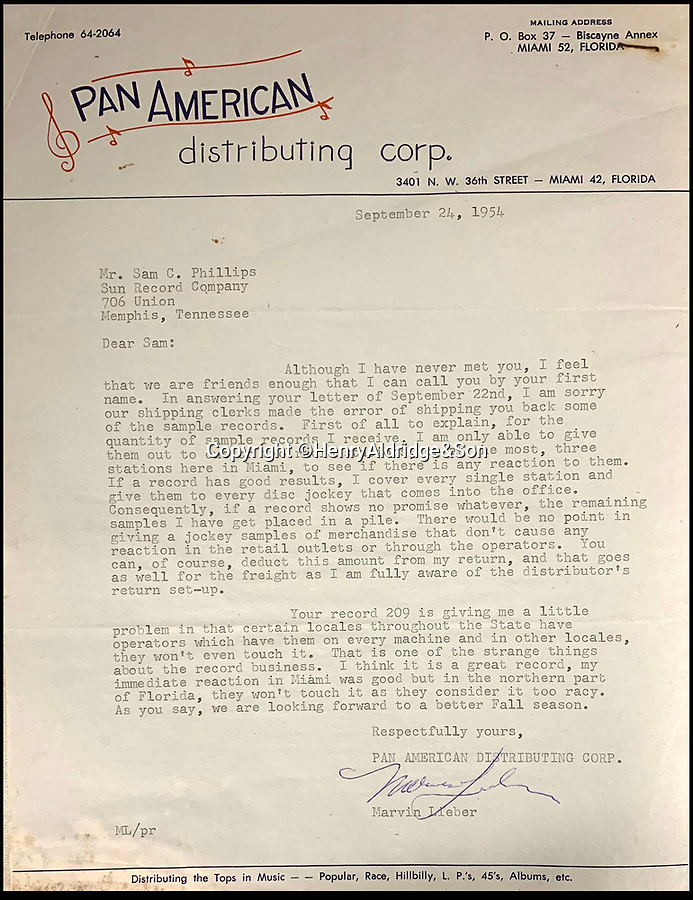 Letter from Pan American distributers 'Your record 209 (Thats All Right) is giving me a problem...in the north of Florida they won't touch it as its to racy'.