Add to Lightbox
Image 1 of 1
BNPS_HomelessDeterrent_04.jpg 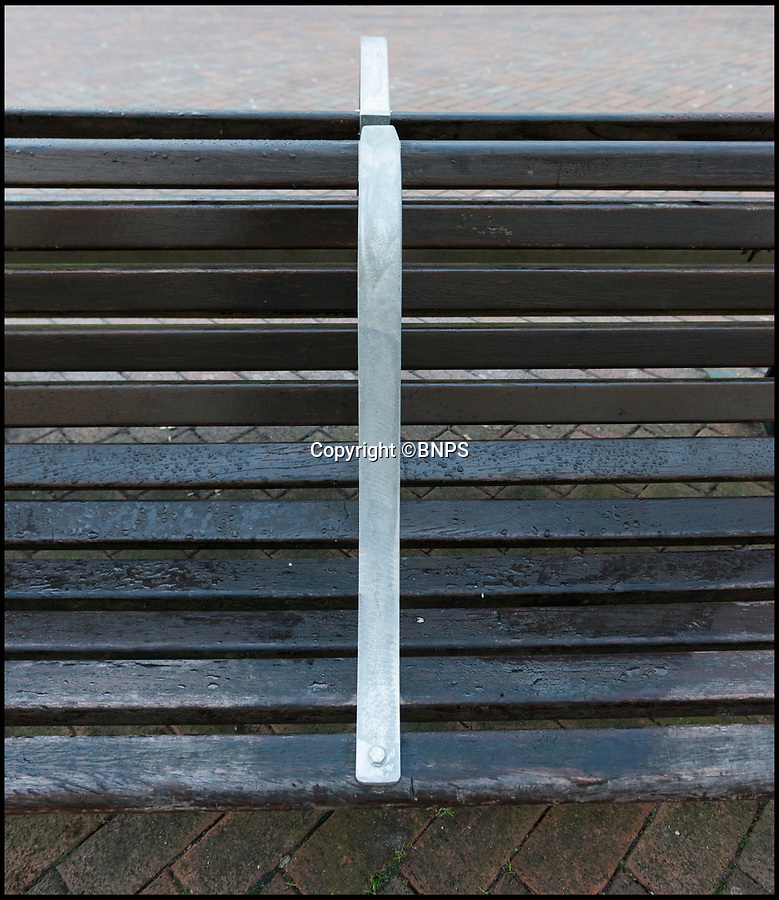 A tourist resort's latest ploy to rid the town of homeless people by installing anti-rough sleeper bars on park benches has been branded 'shameful'.

Numerous public benches in Bournemouth, Dorset, have been fitted with curved steel bars down the middle of them to make it physically impossible for people to lay down.

The result leaves the bench split in two with the users only be able to sit upright.

Outraged locals said the bars were a 'design against humanity' and accused the town hall officials of taking an aggressive and hostile stance against vulnerable rough sleepers.
©BNPS 30 Jan 2018 4852x5605 / 2.9MB