Add to Lightbox
Image 1 of 1
BN_BabyGiraffeBorn_03.jpg 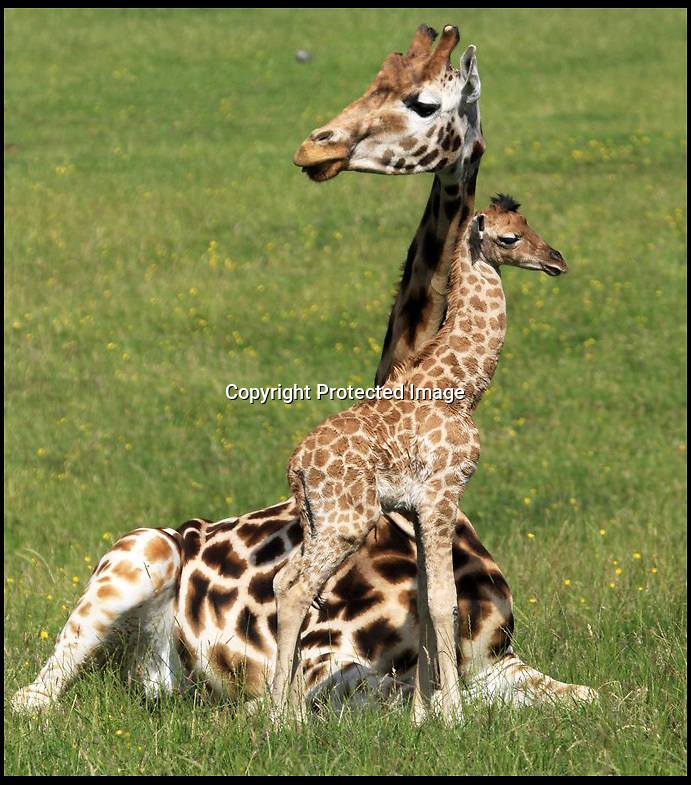 An endangered baby giraffe definitely made an impact when it was born - because it plummeted six feet to the floor.

But despite the shocking start for the youngster, it managed to shakily get up onto its feet within minutes and take its first wobbly first steps.

The giraffe's mother, Becky, kept a close eye on the cute calf as it staggered around on the grass and protectively nuzzled it as they were surrounded by members of the herd.

And although the baby Rothschild's giraffe may look tiny compared to its19ft mother, it is actually a staggering 6ft 6ins tall already.

The creature was born at Longleat Safari Park in Wiltshire but keepers do not yet know if it is a boy or a girl as it is too young.

When fully grown it will reach around the same height as the others in the herd, could weigh up to 200 stone, and reach a top speed of 35 miles per hour.

The new arrival is the latest success in a breeding programme for the Rothschild's giraffes at the animal attraction.