Add to Lightbox
Image 1 of 1
BNPS_KitKatOrigins_03.jpg 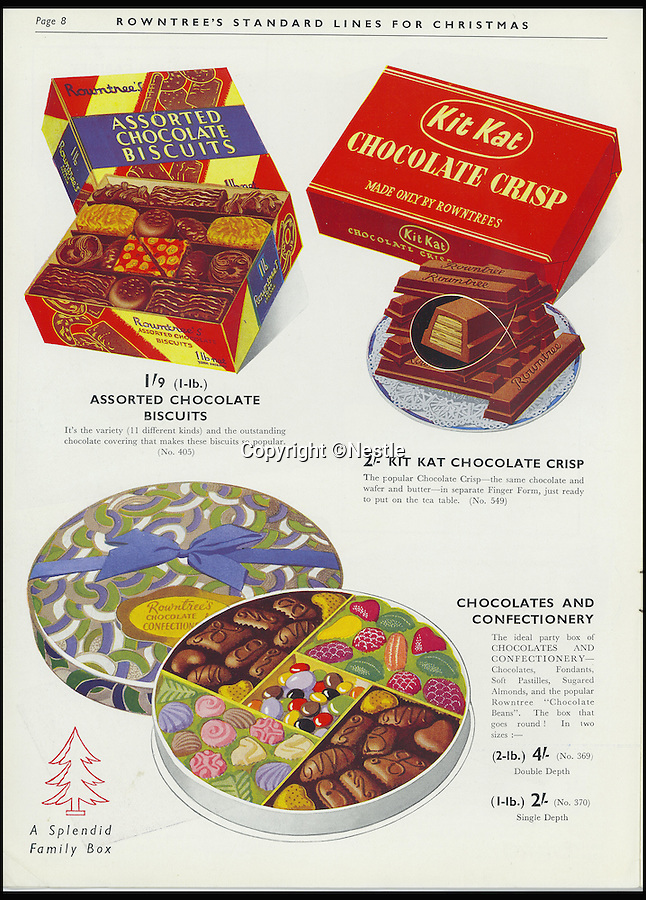 A portly 17th century pastry chef named Christopher Catling has been revealed to be the man the famous KitKat bar was named after.

Confectionary historians decided to research the thought-process behind the name of the four fingered chocolate wafer snack to mark the 80th anniversary of it.

And they discovered that the bosses of chocolate-makers Rowntrees were fans of the famous gentlemen's establishment the Kit Cat Club in London.

When they discovered the stuffy club was named after pie man Christopher (Kit) Catling they registered the trademark name KitKat in 1911 with a view of naming a box of chocolates in its name.
©Nestle 20 Feb 2009 4941x6885 / 7.8MB