Add to Lightbox
Image 1 of 1
BNPS_HitlerAtAWedding_12.JPG 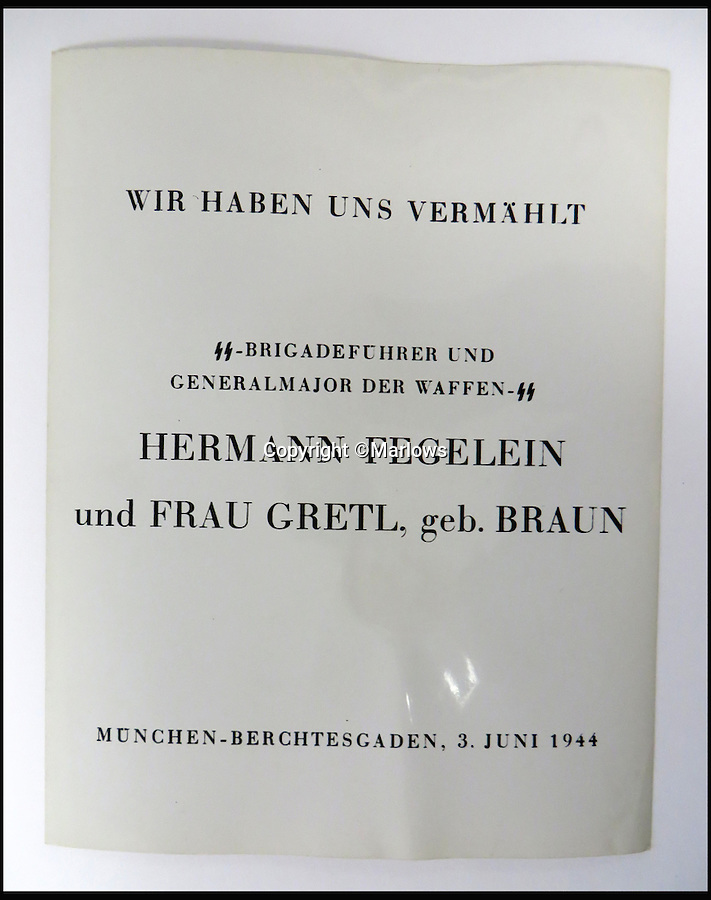 Taken just three days before D-Day this remarkable photo shows Adolf Hitler celebrating the wedding of his brother-in-law - who he had executed a year later.

The previously unseen image shows the Nazi dictator congratulating Hermann Fegelein and bride Gretl Braun, little realising that the course of the Second World War was about to turn against him.

It was found in a gallery of 12 snaps of the wedding reception that lasted for thee days and was organised by Eva Braun, the elder sister of Gretl and Hitler's mistress.

The fuhrer was one of the witnesses to the marriage along with SS chief Heinrich Himmler and Martin Bormann, Hitler's private secretary.