Add to Lightbox
Image 1 of 1
BN_DogOffCliff_01.jpg 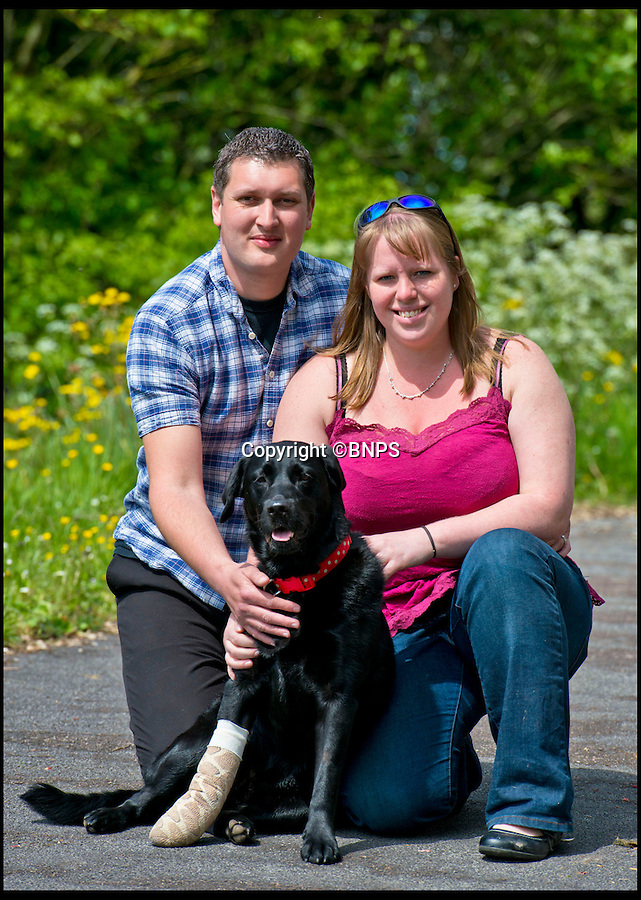 Pippa the dog had a miracle escape after she plunged off a 100ft cliff and survived by landing in the sea below.

The black labrador was being taken for a walk when she suddenly became excited at seeing the sea in the distance.

She ran off from owners Daniel and Katy Pordage, dashed 500 yards across two fields towards the edge of the cliff without realising the danger.

Incredibly, Pippa landed in the an area of water between two rocks 100ft below and suffered just an injured front paw in the death-defying fall.

Two climbers who were abseiling down to scale the cliff at Anvil Point, near Swanage, Dorset, plucked the dog out of the water and held on to her until a lifeboat crew arrived.

Pippa was taken aboard and ferried to the lifeboat station where she was reunited with her relieved owners.

Katy, a 27-year-old vetinery nuse, looked at the three-year-old pooch and thought she had broken her front right leg but a further examination revealed just a damaged tendon.