Add to Lightbox
Image 1 of 1
BNPS_SOEEscapeItems_16.jpg 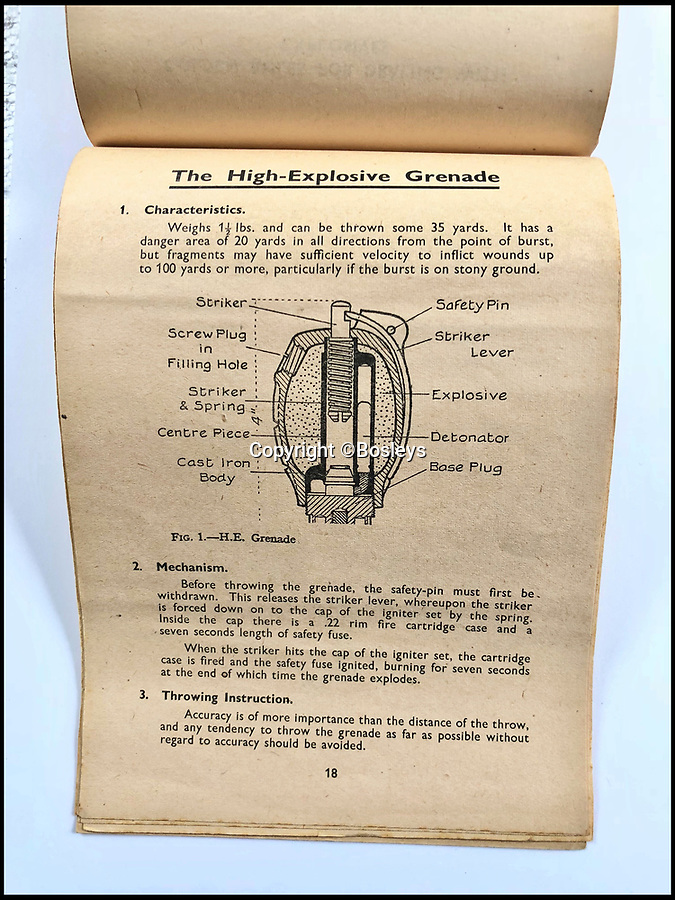 A secret guide on how to build a bomb that was disguised as a calendar to be used by members of 'Dad's Army' in the war has come to light.  The clandestine manual was for the Home Guard acting as a last line of defence in the event of a German invasion of Britain.  To the unassuming, it would have looked like a normal calendar hung up in a home or office but actually contained instructions into the art of sabotage.  The rare manual is one of numerous items used by SOE agents and the like during the Second World War to emerge for sale.
©Bosleys 9 Jun 2018 3060x4080 / 2.5MB