Add to Lightbox
Image 1 of 1
BNPS_AfghanHeroMedals_01.jpg 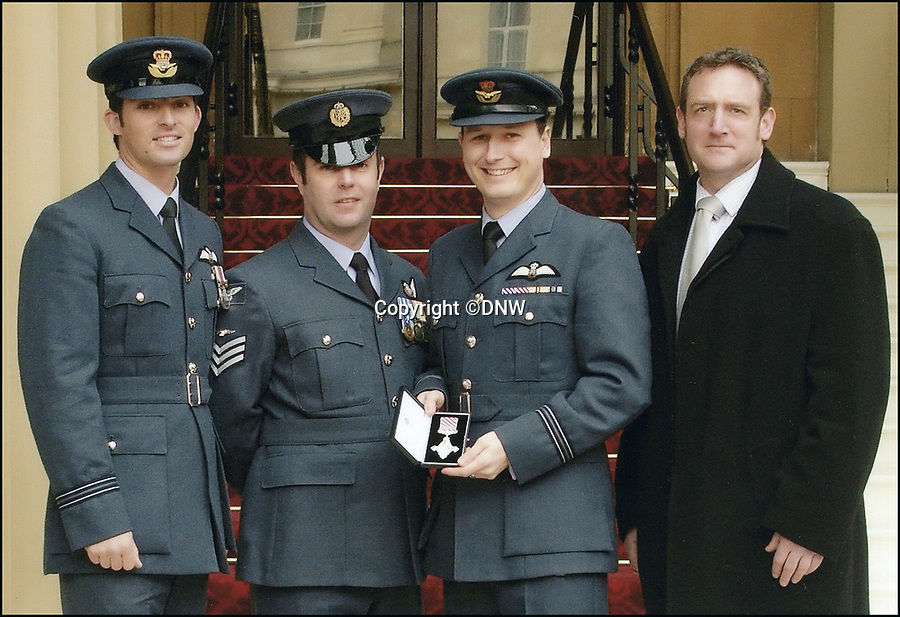 Squadron Leader Alex Duncan with his crew at his AFC Investiture.

The amazing story of how a hero Chinook pilot miraculously kept a helicopter which was hit 34 times by Taliban rockets airborne saving the lives of 16 civilians on board can be told after his bravery medals emerged for sale for £50,000.

Squadron Leader Alex Duncan was at the controls of a Chinook carrying a group of VIPs including the Governor of Helmand Province when it fell victim to an assassination plot on May 17, 2008.

Rockets blew away most of a rotor blade and left a huge hole in the fuselage, causing the helicopter to spin violently out of control, but Sq Ldr Duncan somehow stopped the Chinook from crashing and located a safe spot to offload the relieved passengers.

Just six days later, Sq Ldr Duncan was once again in the thick of it, leading a wave of Chinook helicopters delivering paratroopers against a tenacious enemy under intense enemy fire during a dangerous night mission.

Those two acts of bravery led to him being awarded a Distinguished Flying Cross which has emerged for sale alongside his Air Force Cross granted after he flew in complete darkness in the middle of a battle to rescue an injured six year old child.
©DNW 21 Jun 2018 1305x894 / 1.4MB